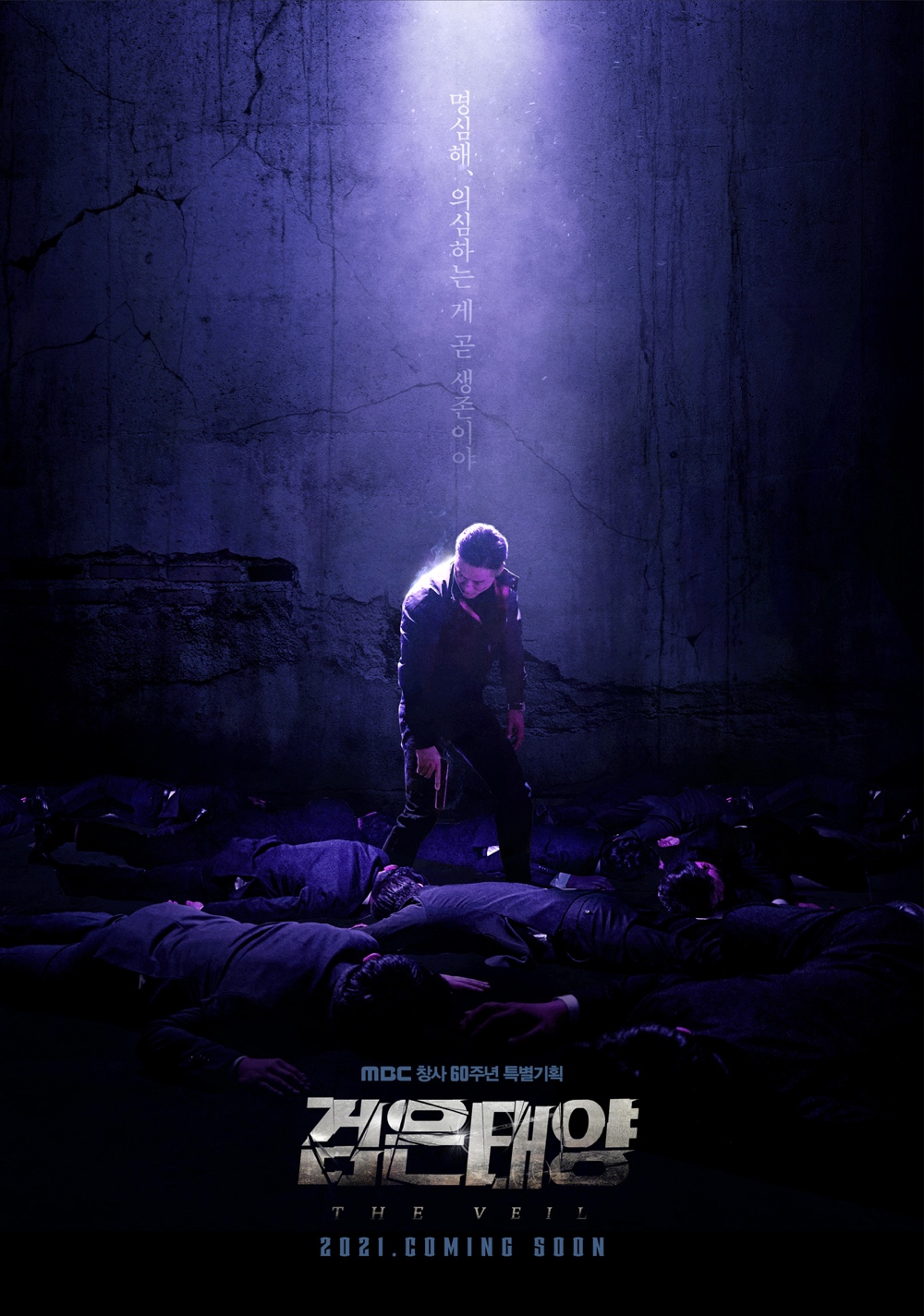 First teaser poster added for MBC drama series “The Veil” starring Namkoong Min & Park Ha-Sun. Caption on the teaser poster states “Keep in mind that to doubt is to survive.”

“The Veil” will consist of 12 episodes and will air in a new MBC Friday and Saturday time slot at 10PM from September, 2021.