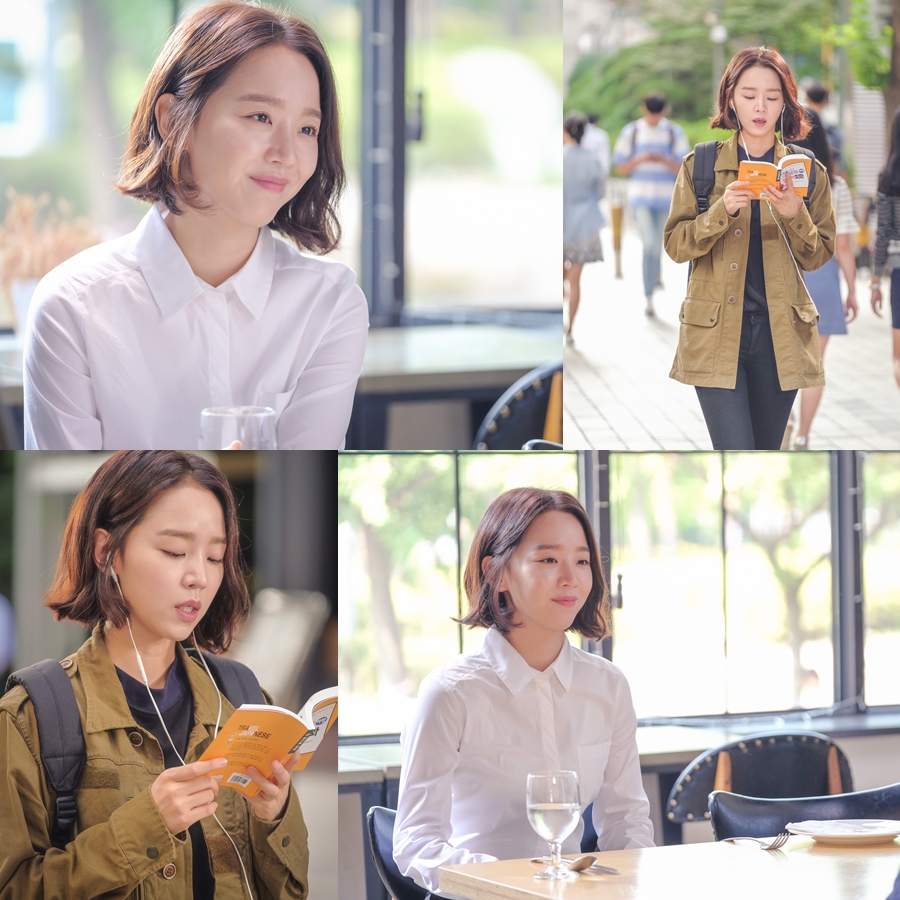 Here’s the first still images of Shin Hye-Sun in upcoming KBS2 drama series “My Golden Life” co-starring Park Si-Hoo. The still images are taken from her first day of filming for the drama series which took place July 26, 2017 around Gangseo District, Seoul, South Korea. Setup for the scenes has Seo Ji-An (Shin Hye-Sun) walking down the street, while studying English, to find a job. She drinks a can of beer in front of a convenience store with Sun Woo-Hyuk (Lee Tae-Hwan).