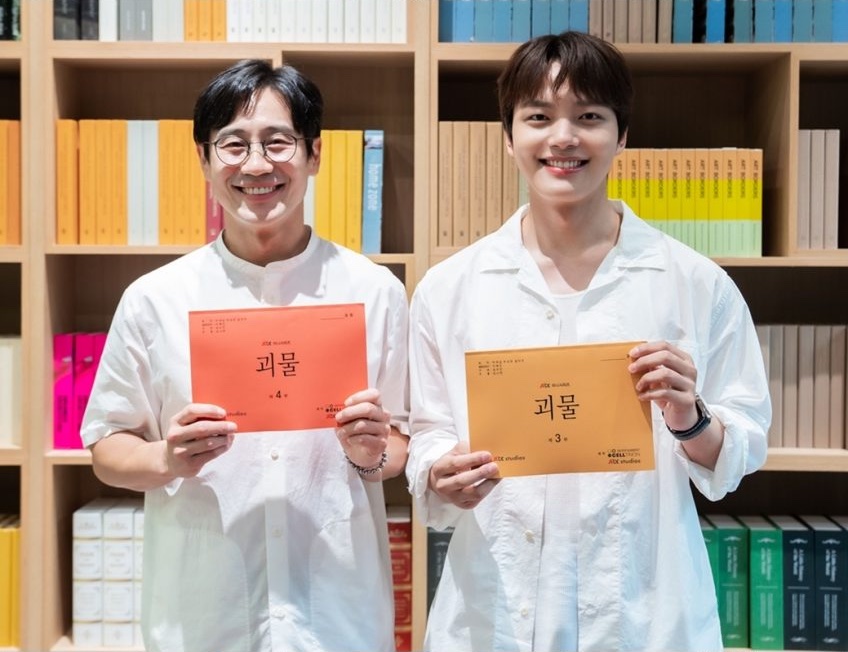 Ep.1 air date for JTBC drama series “Monster,” starring Shin Ha-Kyun & Yeo Jin-Goo, is now set for Febraury, 2021. The drama series will air on Fridays & Saturdays at 11PM, following the conclusion of “Hush.” Meanwhile, above and below are photo’s from the first script reading for the drama series which took place earlier this year in South Korea. The first script reading was attended by main cast members including Shin Ha-Kyun, Yeo Jin-Goo, Choi Dae-Hoon, Choi Sung-Eun, Choi Jin-Ho, & Gil Hae-Yeon. The drama series follows two detectives that break the law and their own principles to catch a serial killer.