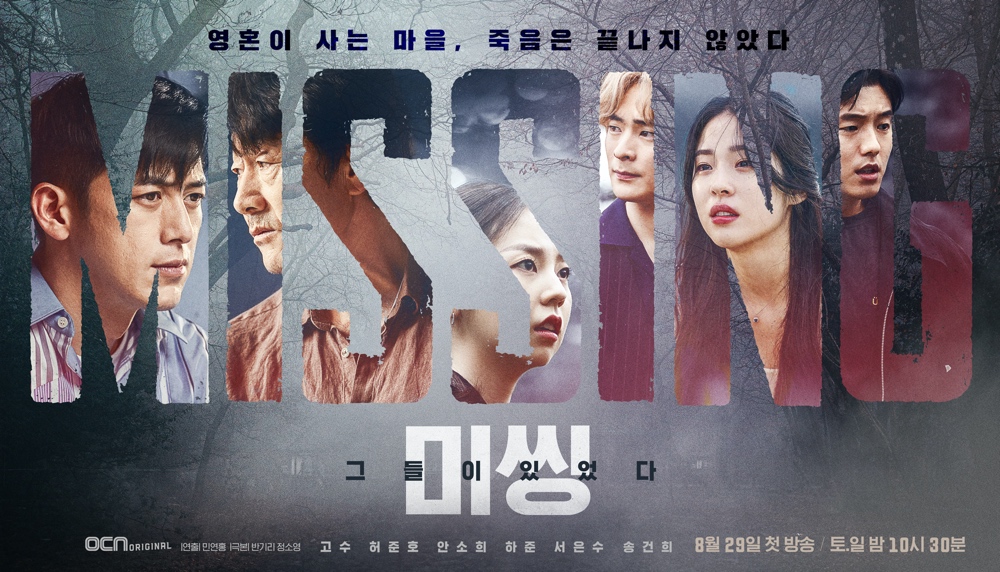 Ep.1 trailer added for OCN drama series “Missing: The Other Side” starring Ko Soo, Heo Jun-Ho, and Ahn So-Hee. The trailer begins with quick shots of Ko Soo, Ahn So-Hee and Moon Yoo-Kang stating “we are swindlers of justice.” The trailer also shows Ko Soo as Kim Wook discovering a missing child from Duon Village. Kim Wook suspects that child was kidnapped and he looks into the people of Duon Village. Meanwhile, below are still images of the first scene between Kim Wook and Jang Pan-Seok (Heo Jun-Ho).

Plot Synopsis by AsianWiki: A village holds spirits of missing, deceased people. A search to find the missing bodies and discover the truth behind their disappearance occurs.

Kim Wook (Ko Soo) is a smooth talker and a good-looking man. He commits fraud to make a living. One day, he happens to arrive at Duon Village, where the missing dead gather. He soon faces numerous mysteries.

Jang Pan-Seok (Heo Jun-Ho) is a mysterious figure. He secretly looks for missing people. He is the connection between Duon Village and the outside world. He becomes a fraud partner with Kim Wook and he solves cases.

Lee Jong-A (Ahn So-Hee) is Kim Wook’s supporter. She is a white hat hacker out to gain social justice. She works as a law-ranking public officer at a community center as her day job.

Shin Joon-Ho (Ha-Joon) is an elite detective. One month prior to his wedding with Choi Yeo-Na (Seo Eun-Su), his fiancé disappeared. To find her, he applies for the missing person squad.