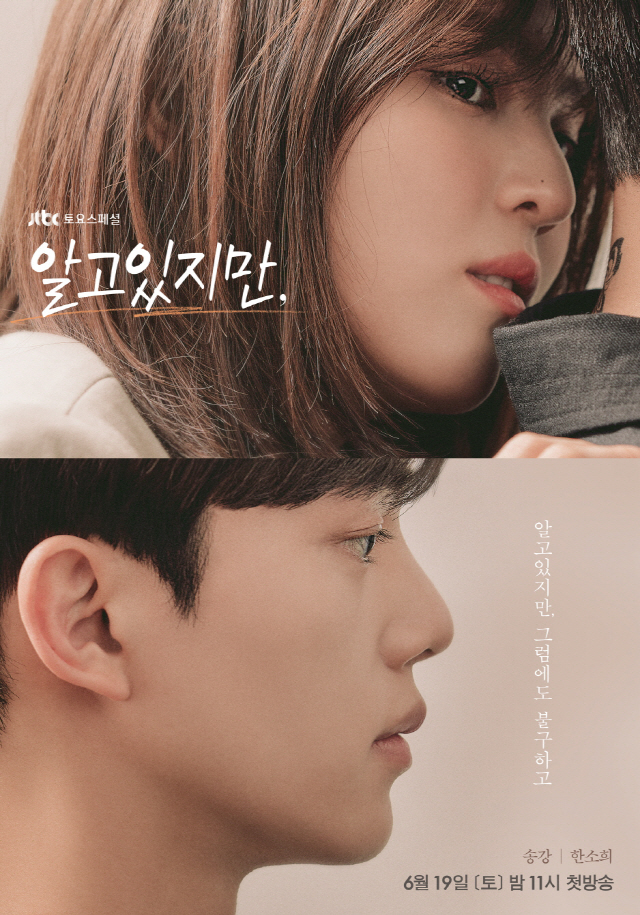 Ep.1 trailer added for JTBC drama series “Nevertheless” starring Han So-Hee & Song Kang. The trailer begins with the voice of Han So-Hee as she states “Funny, the moment when I make eye contact with him, the pain of my broken heart, which holds me down heavily, goes away like melting snow.”

“Nevertheless” first airs Saturday, June 19, 2021. The drama series will consist of 10 episodes and 1 episode will air per week.