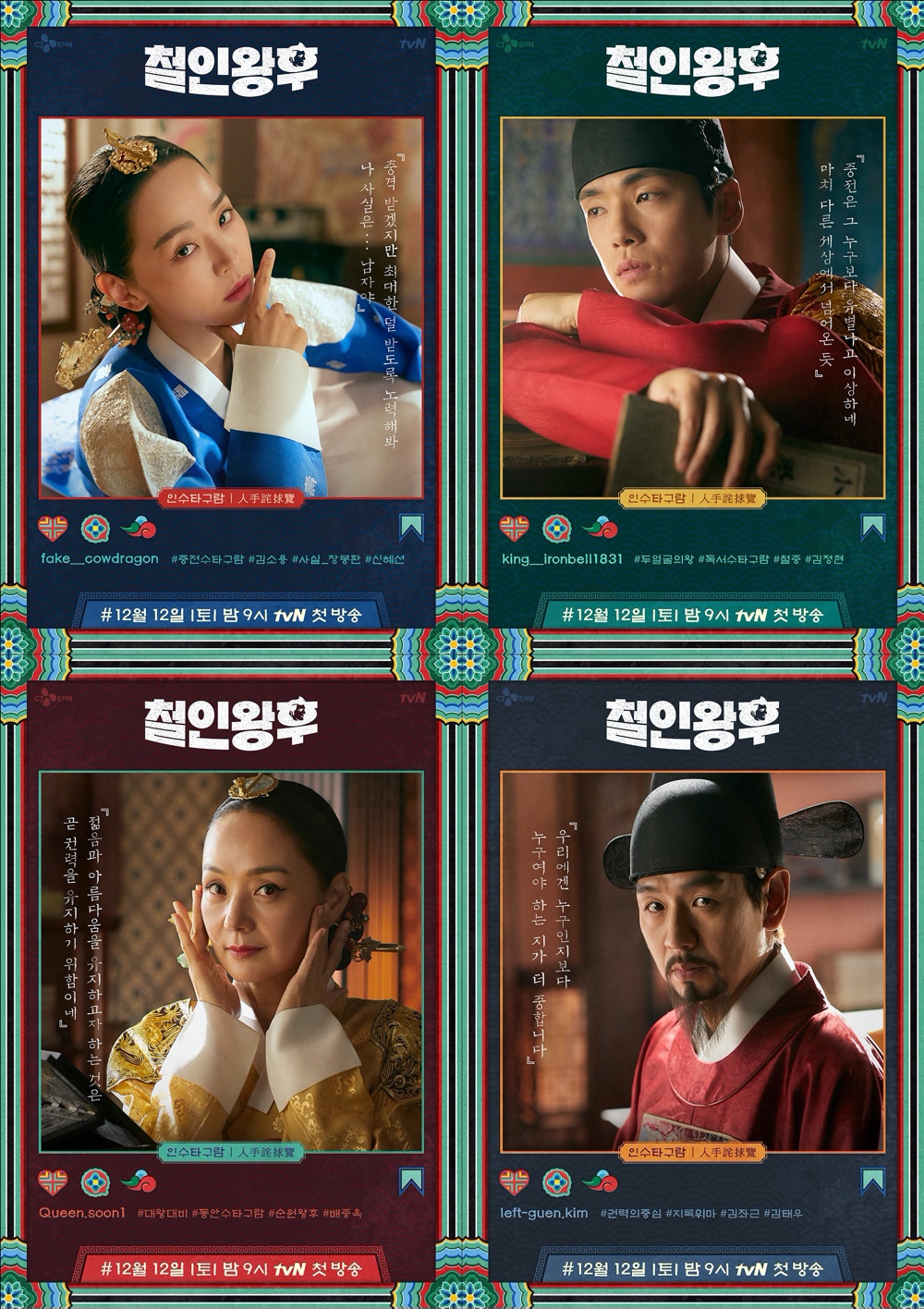 Here’s four character posters for upcoming tvN drama series “No Touch Princess” (English title) starring Shin Hye-Sun & Kim Jung-Hyun. The character posters are of Shin Hye-Sun as Kim So-Yong, Kim Jung-Hyun as King Cheoljong, Bae Jong-Ok as Queen Sunwon, and Kim Tae-Woo as Kim Jwa-Geun. The fantasy-comedy drama series has Shin Hye-Sun playing a man from the present day that somehow takes over the body of Kim So-Yong in a historical period. Caption on Shin Hye-Sun’s poster states “I am sure you are going to be shocked, but try to get as little as you can .. I am actually a man.” Captions on Kim Jung-Hyun’s poster states “Queen is more unusual and strange than anyone else… it’s like she is from another world.” Captions on Bae-Jong-Ok’s poster states “To keep youth and beauty is to maintain power.” Lastly, caption on Kim Tae-Woo’s poster states “It is more important for us who be than who is.