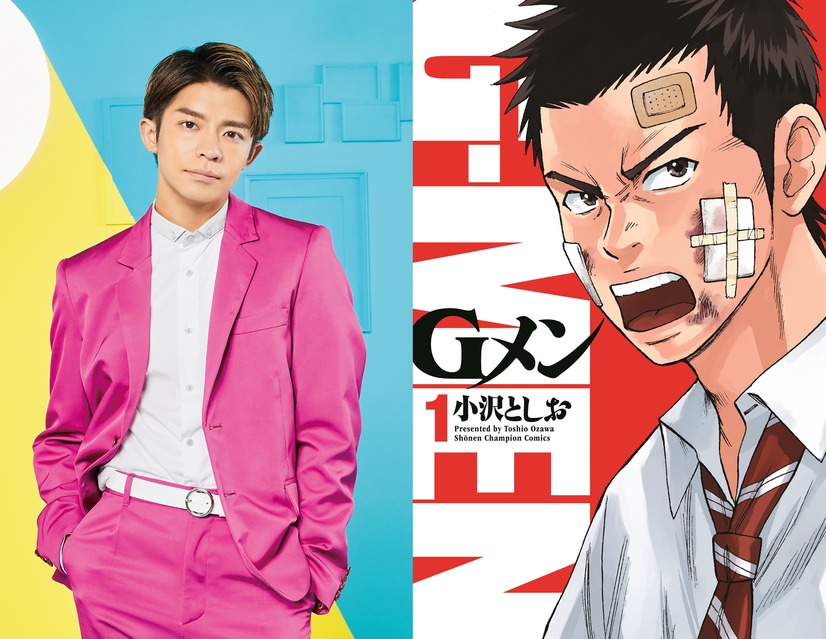 Yuta Kishi (King ＆ Prince) is cast for the lead role in live-action film “G-Men.” The film is based on manga series “G-Men” by Toshio Ozawa and directed by Toichiro Ruto (“The Way of the Househusband“). In the movie “G-Men,” Yuta Kishi will be play high school student Shota Kadomatsu. He wants to find a girlfriend and even transfers to a new school in his pursuit, but he is stuck in G class.

“G-Men” will be released sometime during autumn, 2022 in Japan.

Plot Synopsis by AsianWiki: Shota Kadomatsu (Yuta Kishi) is a troubled student. He dated a couple of times with girls, but those never developed into a relationship. To find a girlfriend, Shota Kadomatsu decides to transfer to a new all-boys high school. His new school is near 4 different all-girls high schools. Shota Kadomatsu enjoys his time at his new high school, but it’s not easy for him to find a girlfriend. This is because, he is assigned to G class, which is for idiots, otaku and delinquent students.The students in G class also wear a different school uniform, which is easily recognizable by the girls at other high schools. The G class students are not popular at all with the female students.