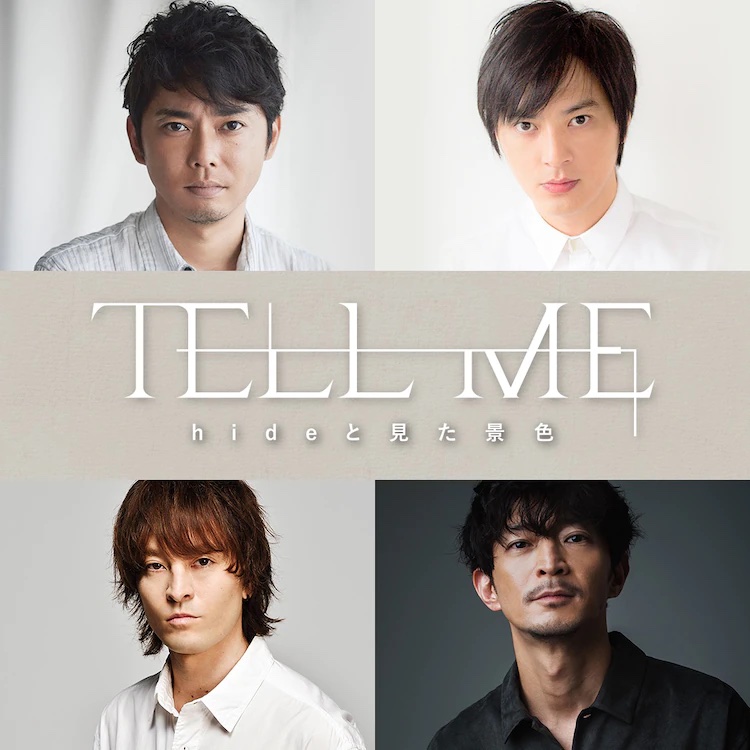 Tsubasa Imai, Takashi Tsukamoto, Juon (FUZZY CONTROL), and Kenjiro Tsuda are cast in music biopic film “Tell Me.” The film is based on nonfiction novel “Kyodai Tsuioku no hide” by Hiroshi Matsumoto and directed by Renpei Tsukamoto (“Boku to Kanojo to Rally to“). The film will have Tsubasa Imai playing Hiroshi. His older brother was the late musician Hide (Juon). Hiroshi teams up with producer I.N.A. (Takashi Tsukamoto) to release Hide’s music.

“Tell Me” will be released this summer in Japan.

Plot Synopsis by AsianWiki: Hiroshi (Tsubasa Imai) was the younger brother of the late Hide (Juon) and he also worked as brother’s manager. I.N.A. (Takashi Tsukamoto) was the co-producer of rock band Hide with Spread Beaver, which featured Hide. Hiroshi and I.N.A. work together to release Hide’s music, which he left behind for the world.