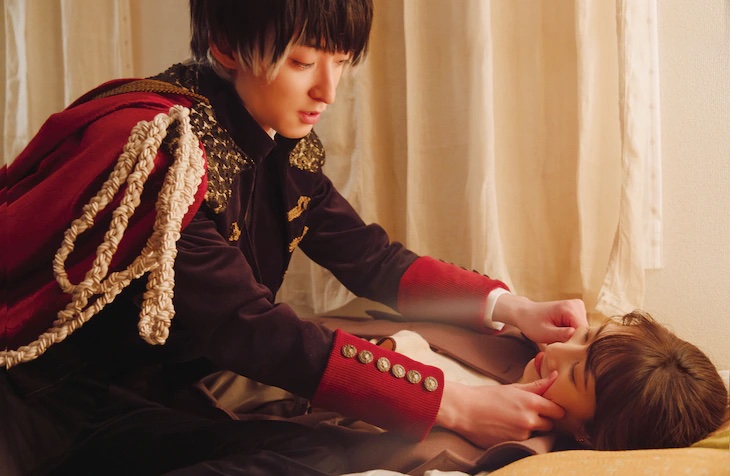 Trailer and still images added for movie “Napoleon and Me” starring Rina Takeda & Shogo Hama. Above and below are the new still images from the movie. Meanwhile, the movie’s theme song has been revealed as “Realizer” by Urashimasakatasen. The song also appears in the trailer.

Plot Synopsis by AsianWiki: 28-year-old Haruko Oohara (Rina Takeda) works as a sales assistant at WEB Production Company. She has never experienced true happiness. She has a crush on her co-worker Shingo Iwata (Toshiyuki Someya). One day, while Haruko Oohara is installing a dating game, Napoleon (Shogo Hama) appears on the screen. Napoleon tells her that he will help her find true happiness.