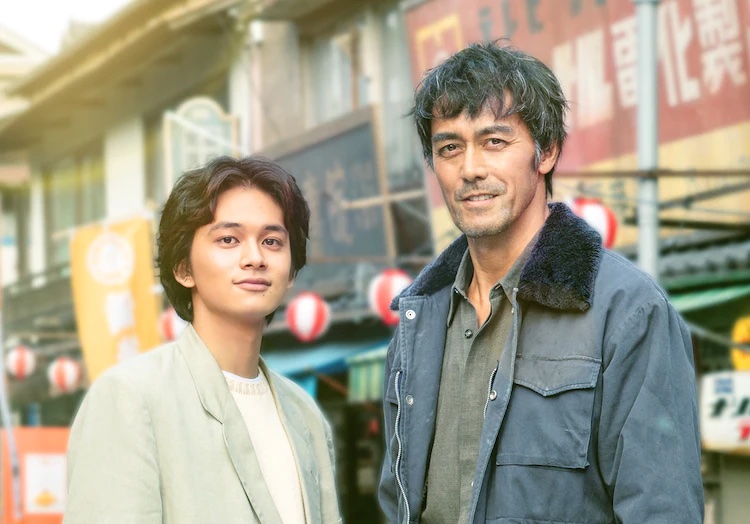 Trailer and poster added for movie “Tonbi” starring Hiroshi Abe and Takumi Kitamura. Movie is based on 2008 novel “Tonbi” by Kiyoshi Shigematsu and follows 2012 NHK drama special “Tonbi” and 2013 TBS drama series “Tonbi.” Meanwhile, the movie’s theme song has been revealed as “Hyacinth” by pop-rock duo Yuzu. Theme song “Hyacinth” is played in the main trailer.

Plot Synopsis by AsianWiki: Yasuo (Hiroshi Abe) grew up as an orphan. He married a woman he loved and they had a son Akira (later played by Takumi Kitamura). Yasuo’s life seemed great at the time, but his life totally changed after his wife died in accident. Since that time, Yasuo, who never experienced parents’ love himself, has to raise his son Akira alone.