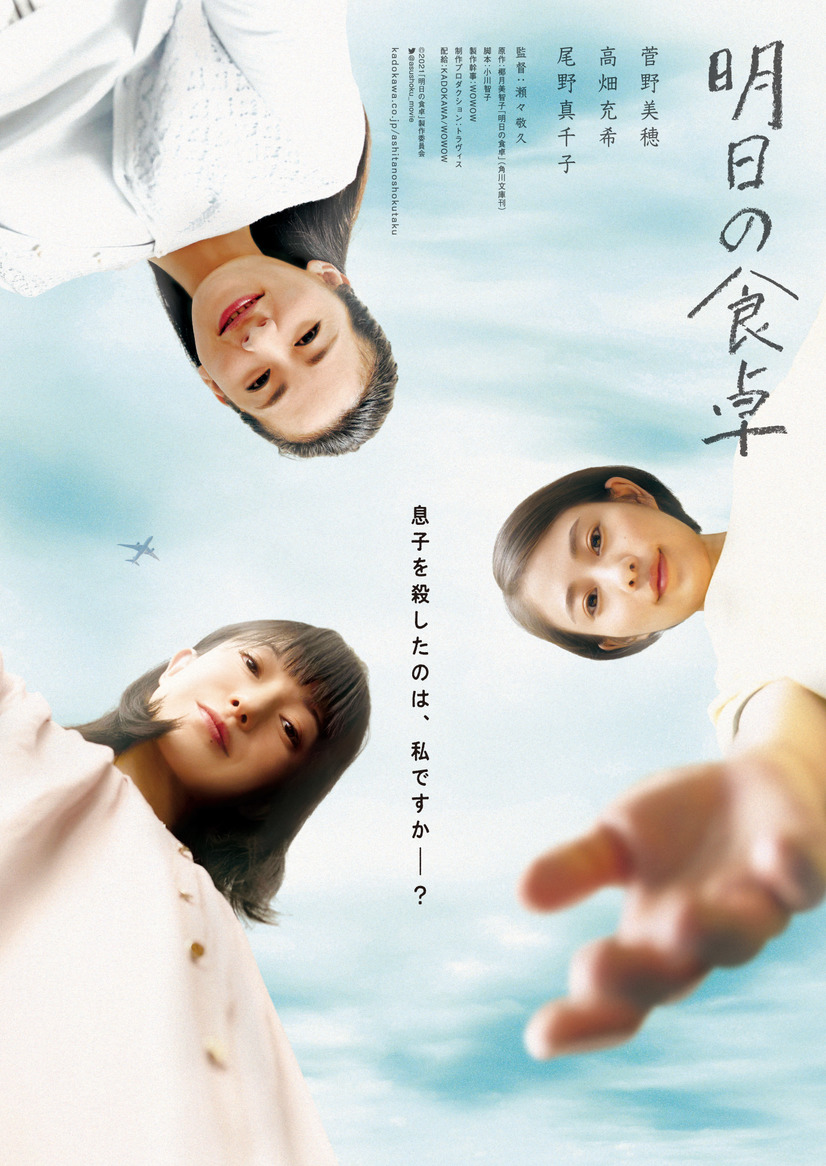 Trailer and poster added for movie “Tomorrow’s Dinner Table” starring Miho Kanno, Mitsuki Takahata, & Machiko Ono. After the first scene flashes a woman sitting behind glass (presumably the visiting room of a prison), the trailer shows three mothers raising their sons. Each of the mothers has a son named Yu. The trailer then cuts to a far darker tone with narration that states “One day, one Yu was murdered by his mother.” Movie is based on 2016 novel “Ashita no Shokutaku” by Michiko Yazuki and directed by Takahisa Zeze.

Plot Synopsis by AsianWiki: Three mothers have sons with the same name of Yu Ishibashi and they are all 10 years old.

In Osaka, Kana Ishibashi (Mitsuki Takahata) is a 30-year-old single mother. After her divorce, she has worked part-time jobs and raises her 10-year-old son Yu alone.

In Shizuoka, Asumi Ishibashi (Machiko Ono) is a 36-year-old housewife. She is married to Taichi and they have a 10-year-old son Yu. Her husband works as a salaryman.

These 3 women are happy and busy raising their boys named Yu. Due to some little thing, their lives fall apart. Their anger and anxiety unconsciously head towards their sons Yu.