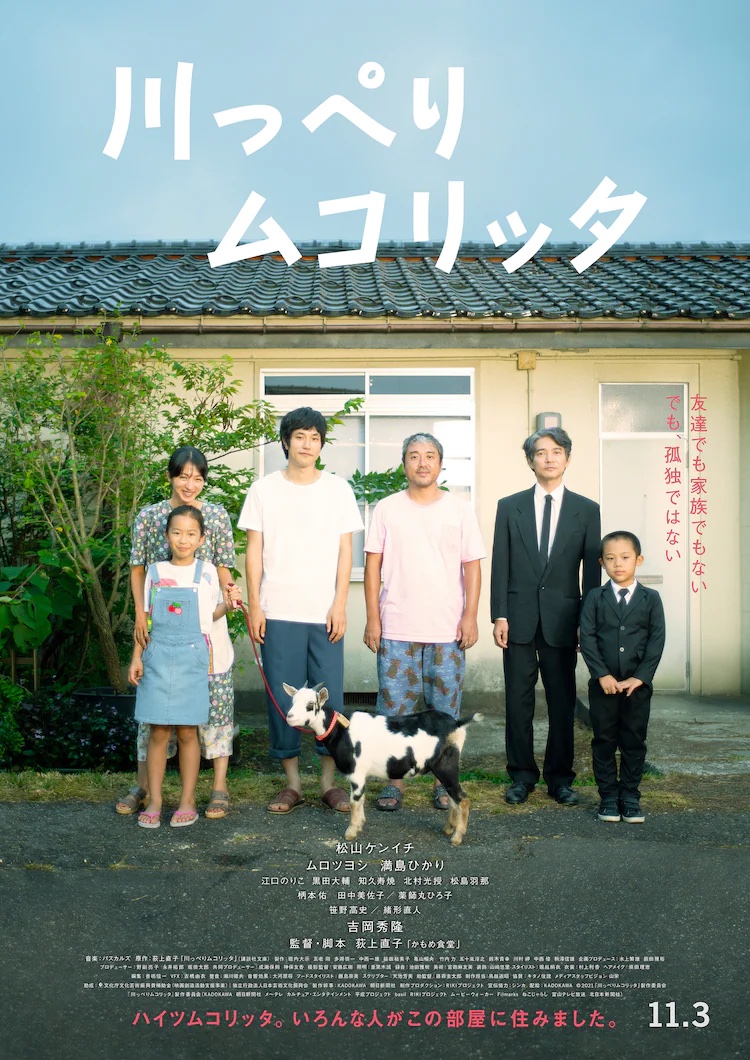 “Riverside Mukolitta” will be released November 3, 2021 in Japan.

Plot Synopsis by AsianWiki: Takeshi (Kenichi Matsuyama) arrives in a small village in the Hokuriku region. There, he begins to work at a small factory which makes shiokara (salted fish paste). Through the introduction of the CEO of the factory, he begins to live in at an old and cheap apartment building. One day, his apartment building neighbor Kozo (Tsuyoshi Muro) visits Takeshi and asks to take a bath in his bathroom. Since then, Takeshi begins to make relations with the residents at the apartment building and he becomes friends with Kozo. Later, Kozo learns the secret on why Takeshi came to the village.