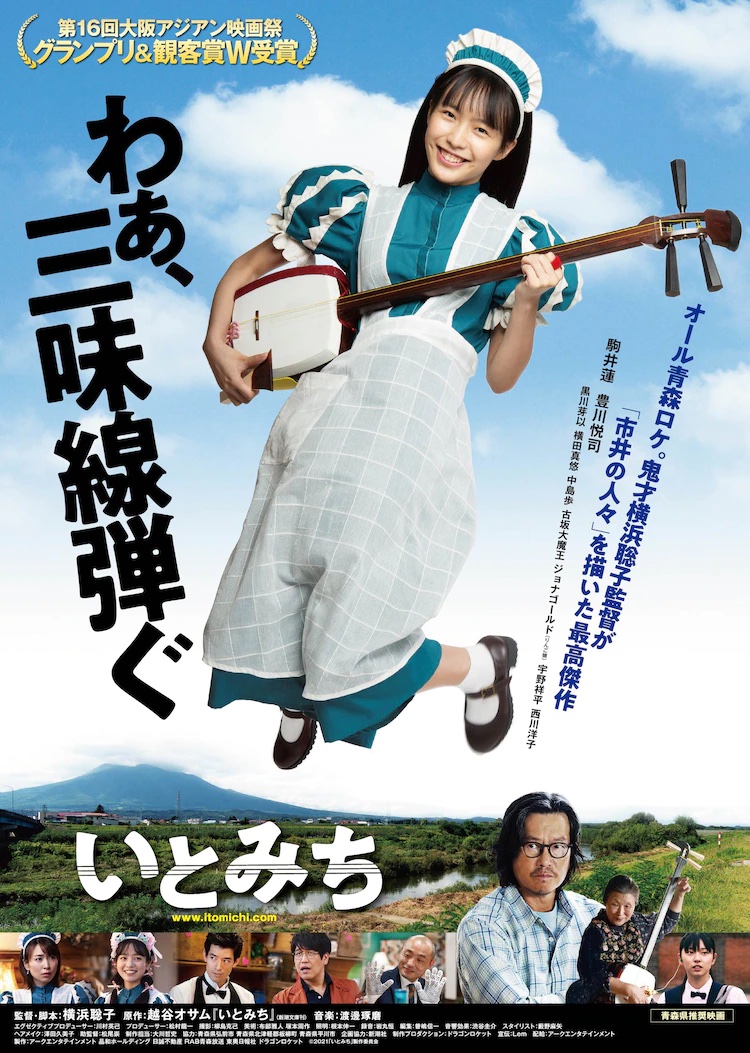 Plot Synopsis by AsianWiki: Ito Soma (Ren Komai) is high school student in Hirosaki, Aomori Prefecture. She has talent for playing Tsugaru-shamisen. The music is native to Aomori Prefecture and involves the traditional folk instrument Tsugaru-shamisen, which is a plucked three-string instrument. Ito Soma learned to play Tsugaru-shamisen from her now deceased mother. Due to her strong Tsugaru dialect and her shy personality, she has a hard time playing in public and also experiences difficulty in social settings. She doesn’t have any friends. To change herself, Ito Soma begins a part-time job at a maid cafe. Her father Koichi (Etsushi Toyokawa) watches anxiously over her, while she works her new job. By meeting various people, Ito Soma begins to grow as person.