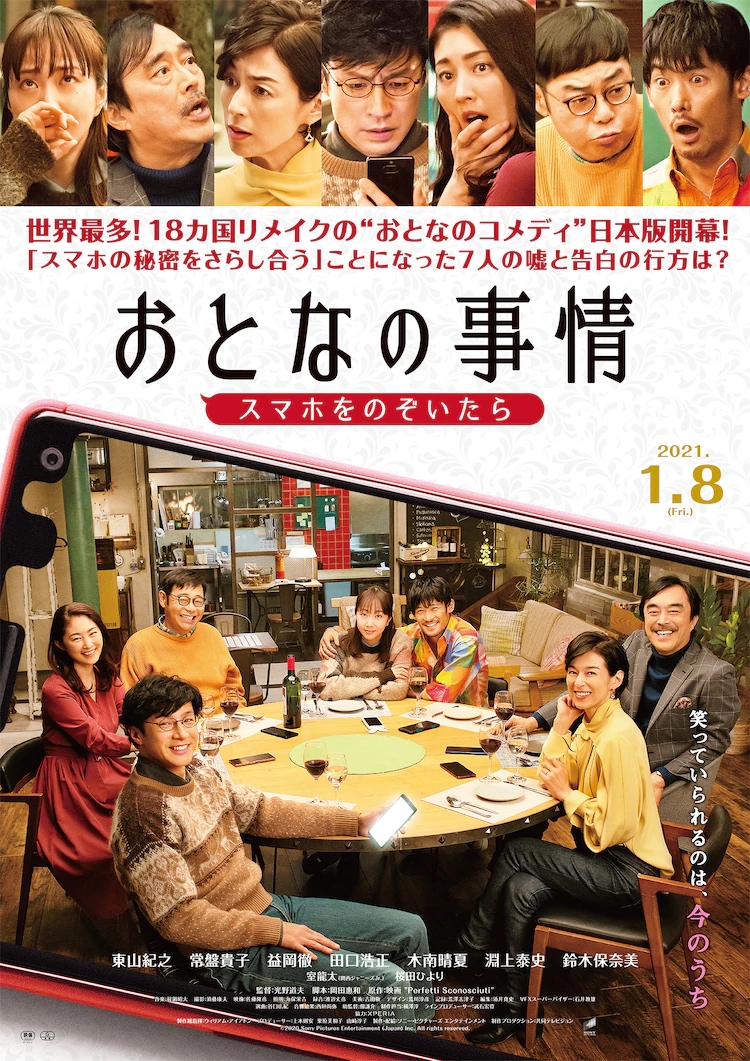 “Adult’s Situation” is now scheduled for release January 8, 2021 in Japan.

Plot Synopsis by AsianWiki: A single man and 3 married couples gather together for a dinner party. The single man is Sanpei (Noriyuki Higashiyama) and the married couples are Takashi (Toru Masuoka) & Eri (Honami Suzuki), Reiji (Hiromasa Taguchi) & Kaoru (Takako Tokiwa), and Koji (Yasushi Fuchikami) & An (Haruka Kinami). During their dinner party, they decide to play a game. The rule of the game requires them to reveal all of their phone calls or text messages that arrive during their party. Each of the party members try to hide a secret.