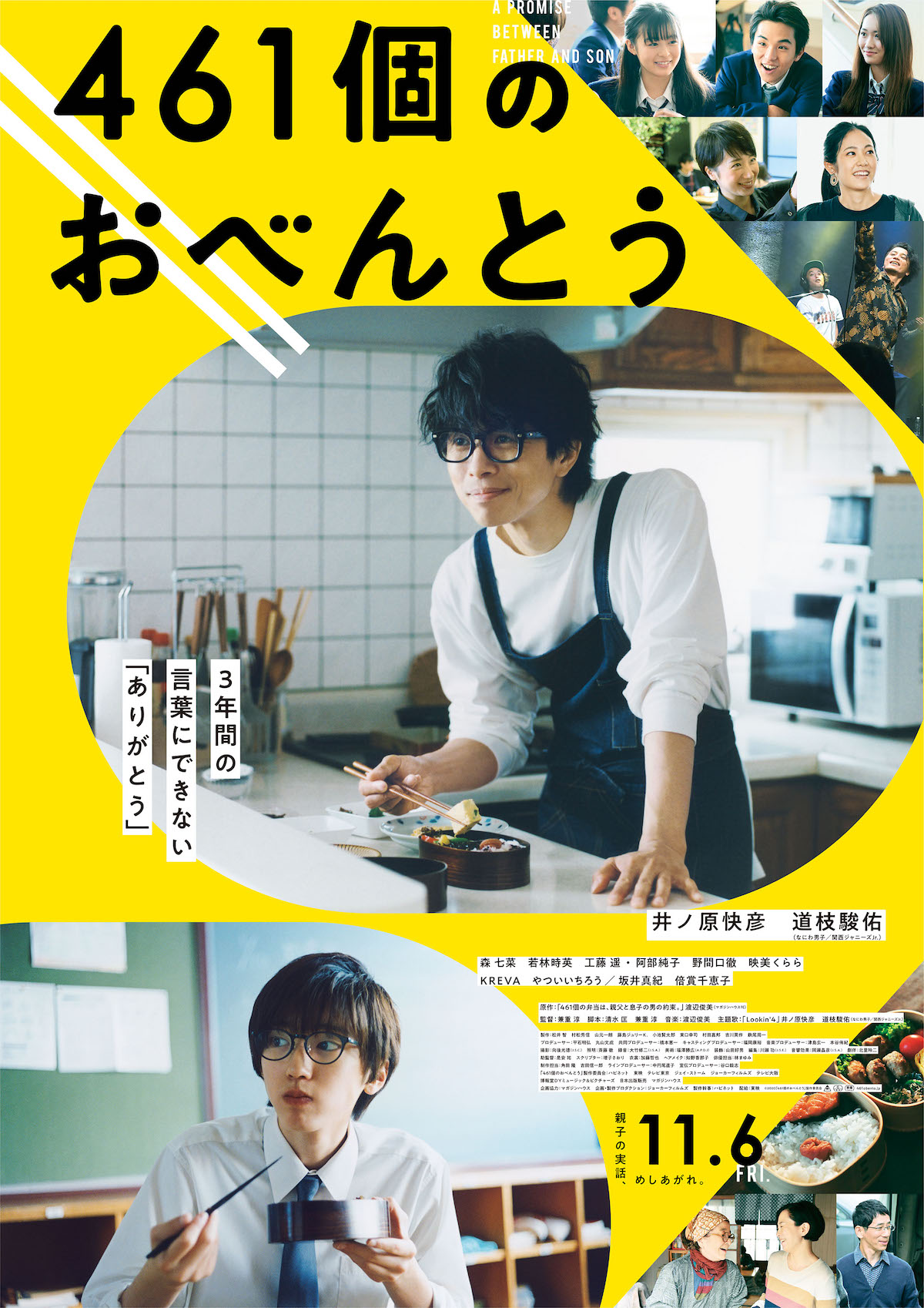 Trailer and poster added for movie “461 Days of Bento: A Promise Between Father and Son” starring Yoshihiko Inohara & Shunsuke Michieda. Caption on the poster states “Words can not say for 3 years ‘Thank You.'” Theme song for the movie has also been revealed, which is “Lookin’4” by lead actors Yoshihiko Inohara (V6) and Shunsuke Michieda (“Naniwa Danshi” and “Kansai Johnny’s Jr”). The song is written by Toshimi Watanabe, who also wrote the original essay “461 Ko no Bento wa, Oyaji to Musuko no Otoko no Yakusoku” which the movie is based on. Theme song “Lookin’4” appears in the main trailer as well.

Plot Synopsis by AsianWiki: Kazuki Suzumoto (Yoshihiko Inohara) is divorced and he lives with his 15-year-old son Kouki (Shunsuke Michieda). Kouki is in a susceptible time. The father feels guilty about his son. Kouki then fails his high school entrance exam. In the spring of the following year, Kouki barely passes his high school entrance exam. Kouki mentions to Kazuki that he likes his father’s lunch box. The father and son make a promise to each other. Kazuki promises that he will make a lunch box everyday for Kouki. Kouki promises that he will never skip school.