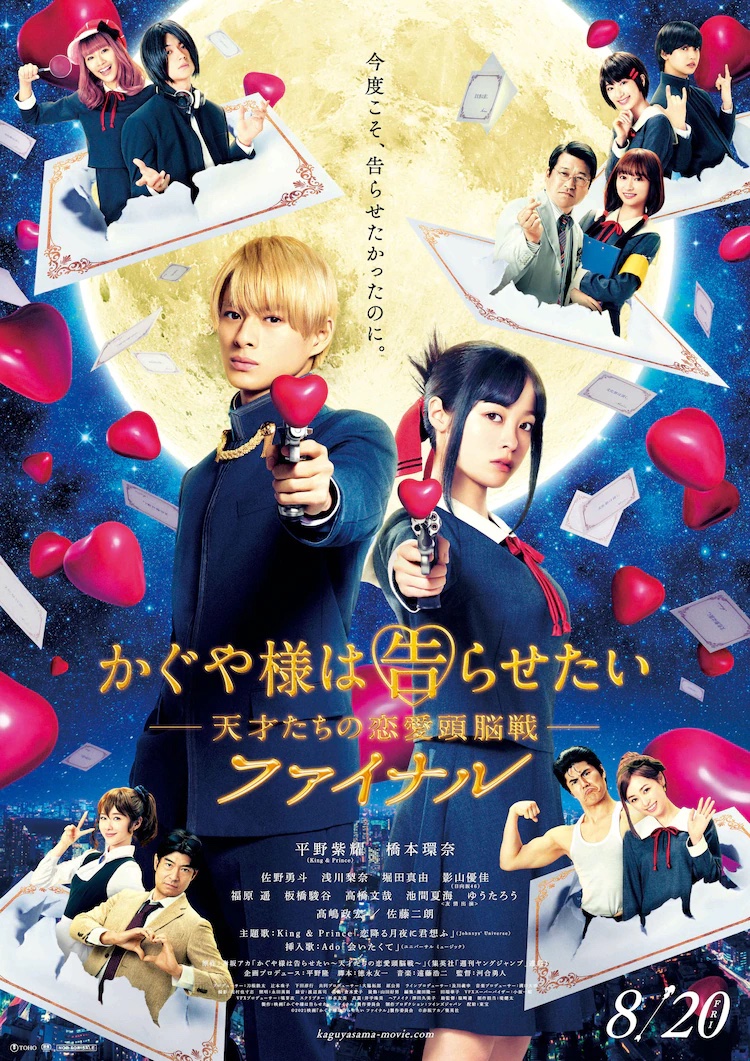 Trailer and poster added for live-action film “Kaguya-sama: Love Is War Final” starring Sho Hirano & Kanna Hashimoto. Movie is based on manga series “Kaguya-sama wa Kokurasetai: Tensaitachi no Renai Zunosen” by Aka Akasaka and is a sequel to 2019 live-action film “Kaguya-sama: Love Is War.” Caption on the teaser poster states “I want to get a confession this time.” Meanwhile, the movie’s theme song has been revealed as “Koifuru Tsukiyo ni Kimi Omou” by King & Prince. That song and a track by singer Ado are played in the trailer.