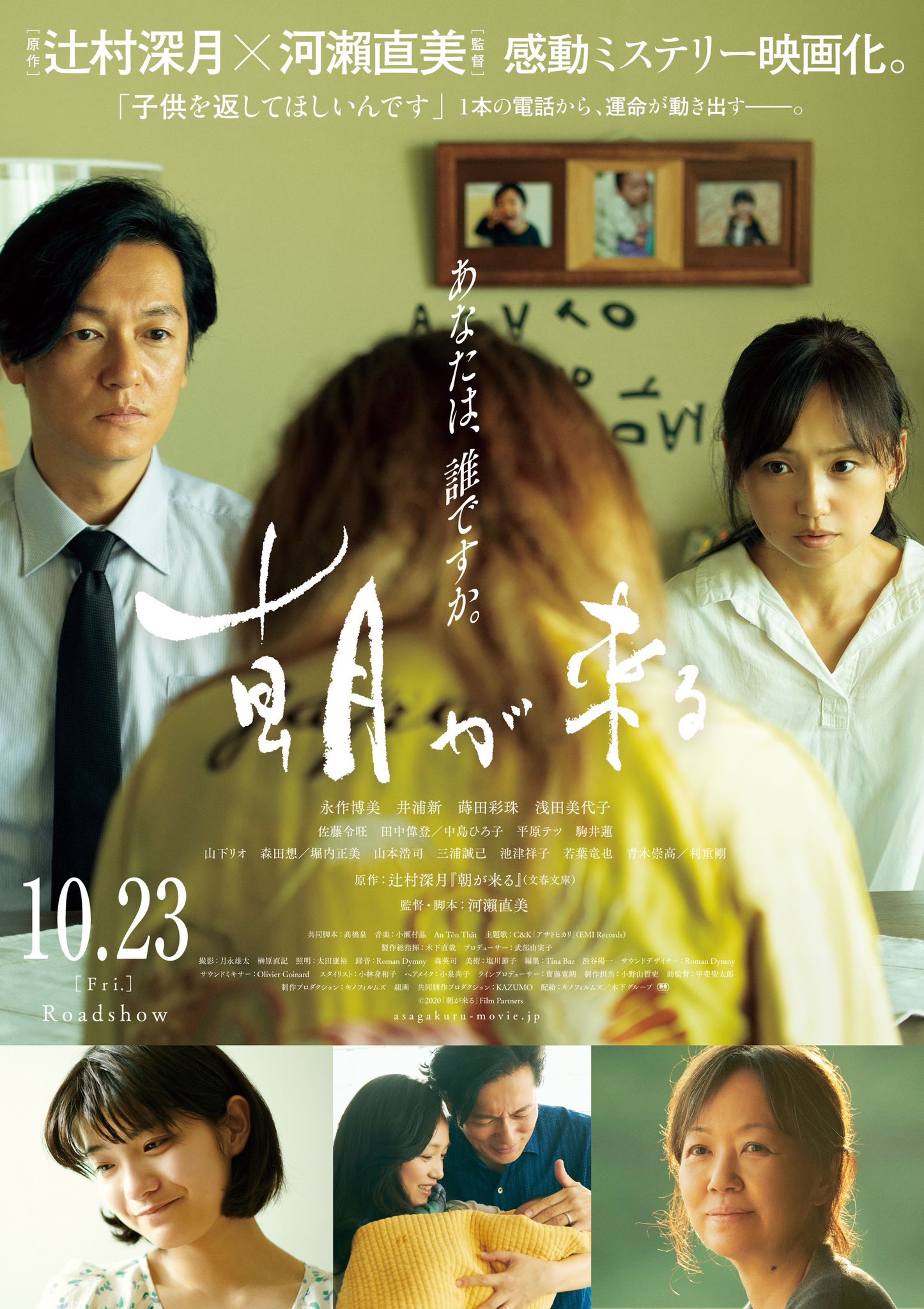 Trailer added for movie “True Mothers” starring Hiromi Nagasaku and Arata Iura. The film is based on 2015 novel “Asa ga Kuru” by Mizuki Tsujimura (“Until The Break Of Dawn“) and directed by Naomi Kawase. “True Mothers” was also selected for the 2020 Cannes Film Festivals (the festival will not open to the public this year due to the Covid-19 outbreak). The trailer trailer begins with a phone ring and Satoko Kurihara (Hiromi Nagasaku) answer’s the phone. A woman’s voice on the other end states “I want my kid back.” Meanwhile, below are 4 new still images for the movie.

Plot Synopsis by AsianWiki: Kiyokazu Kurihara (Arata Iura) and Satoko (Hiromi Nagasaku) are a married couple. They do not have children. They learn about plenary adoption and adopt a baby son. 6 years later, the couple live happily with their son Asato. They receive a phone call from a woman, who introduces herself as Hikari Katakura (Aju Makita). She is Asato’s birth mother. She tells them she wants her son back, but, if she can’t, she wants money.