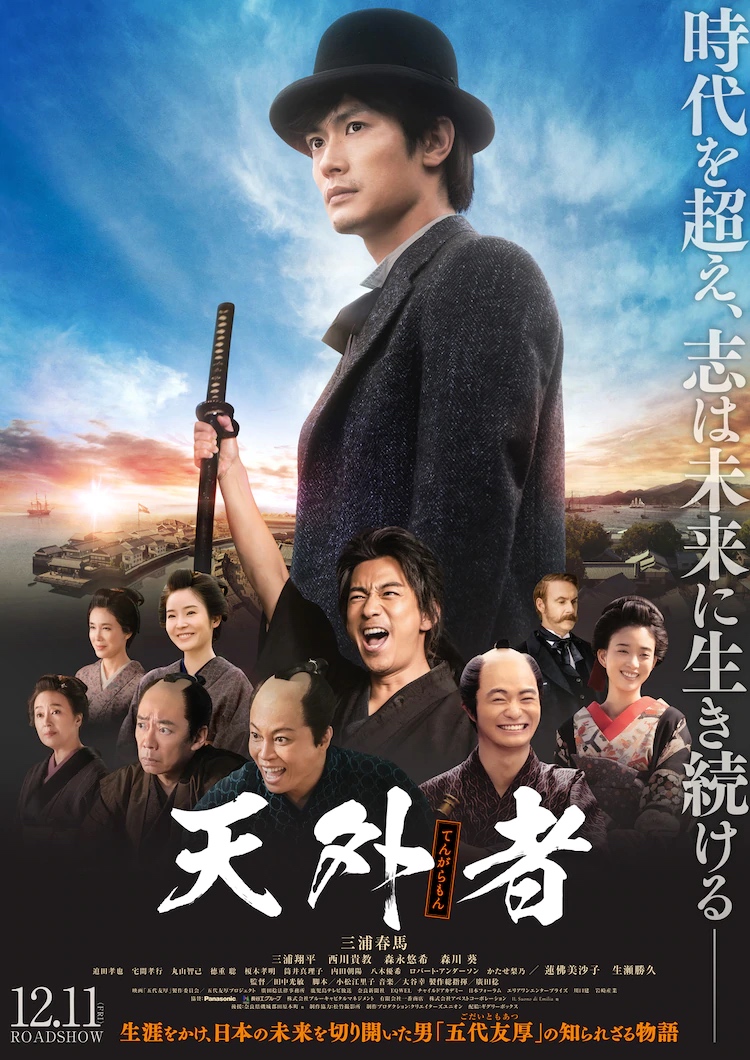 Trailer added for movie “Tengaramon” starring Haruma Miura. Movie is based on the life of historical figure Tomoatsu Godai. He became Japan’s leading entrepreneur during the early Meiji period. The trailer starts with Haruma Miura stating in Japanese “I just want a future with a dream.”

Plot Synopsis by AsianWiki: Tomoatsu Godai has the sprit of a warrior and the talents of a merchant. He was born in the Satsuma domain. He worked as a Meiji government officer and became a businessman. He laid the foundation for Osaka to become a commercial city.