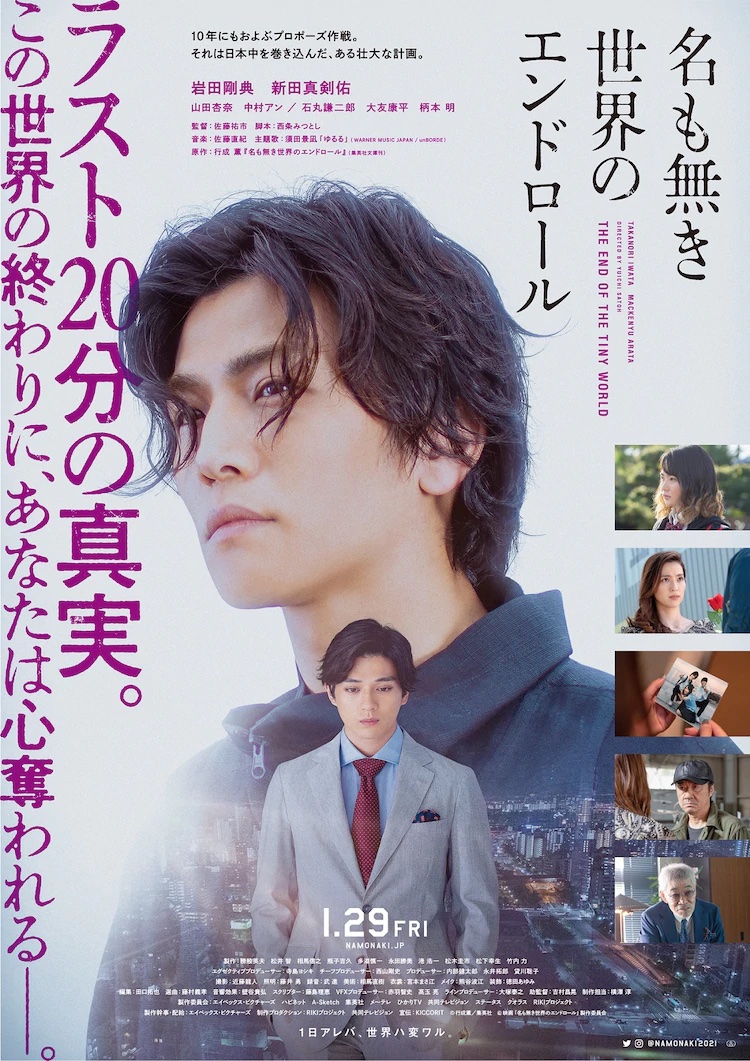 Trailer and poster added for movie “The End of the Tiny World” starring Takanori Iwata & Mackenyu Arata. Movie is based on 2013 novel “Na mo Naki Sekai no End Roll” by Kaoru Yukinari and directed by Yuichi Sato (“Strawberry Night“). The film follows two men who grew up together as close friends and they exact a plan as adults to take revenge. Meanwhile, the movie’s theme song has been revealed as “Yururu” by singer-songwriter Keina Suda. The theme song appears in the main trailer.