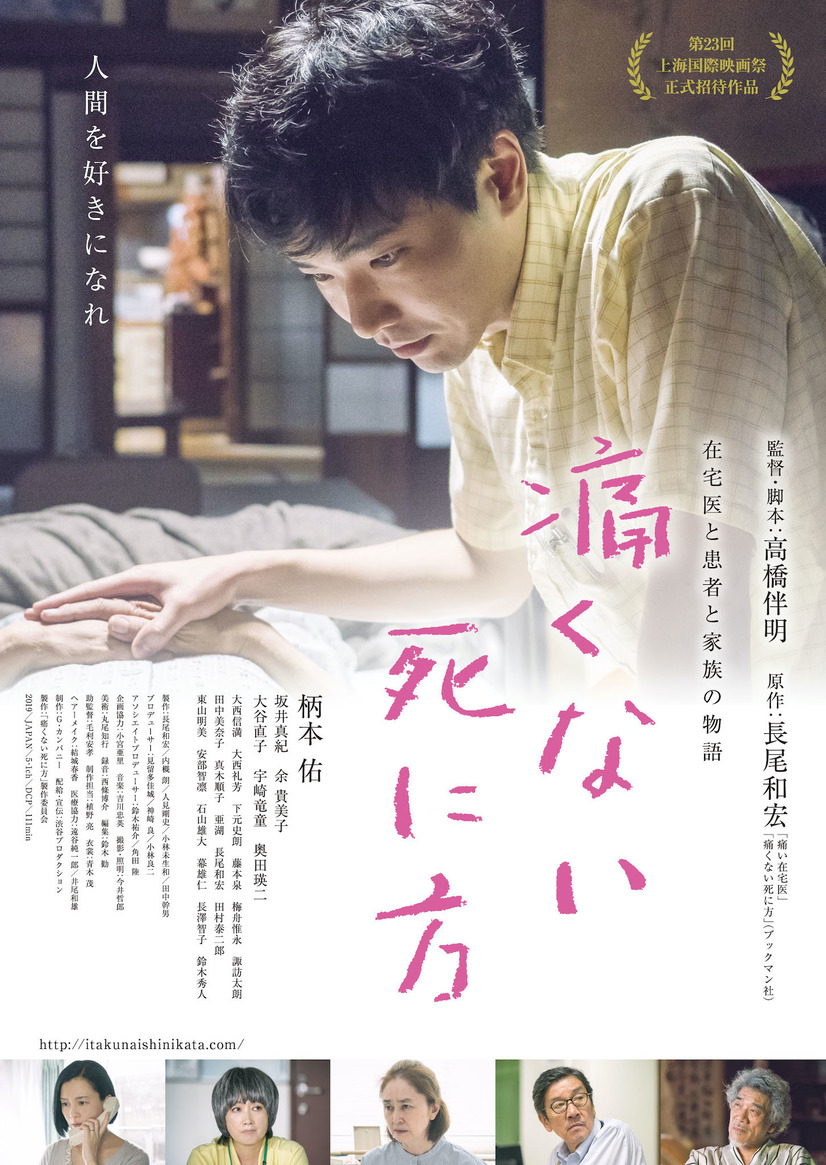 “Peaceful Death” is now scheduled for release February, 2021 in Japan.

Plot Synopsis by AsianWiki: Jin Kawada (Tasuku Emoto) is a doctor, who provides home medical care. He is very busy with his work and has little time left to spend with his family. Jin begins to treat terminal lung cancer patient Toshio (Shiro). Toshio’s daughter Tomomi (Maki Sakai) wants her father to live the rest of what little time he has left without pain, rather than receive prolongation treatment with pain in the hospital. One day, Tomomi calls Jin for help when her father’s condition worsens, but Jin advises her to just follow his instructions. Toshio dies in pain, which is what his daughter wanted to avoid. Tomomi blames herself in front of Jin Kawada and wonders if she should have kept her father at the hospital.

Meanwhile, Jin Kawada turns to Dr. Kohei Nagano (Eiji Okuda) for advice on his treatment of Toshio. Doctor Kohei tells him that Toshio probably had a secondary condition that led to his death and believes Jin Kawada should have checked Toshio himself. Jin Kawada blames himself for his misdiagnosis.

Jin Kawada begins to learn under Kohei Nagano the differences between treatment at a hospital and a home physician. Two years later, Jin Kawada treats Akira (Ryudo Uzaki), who has terminal lung cancer. This time, he deals with his patient in a completely different manner.