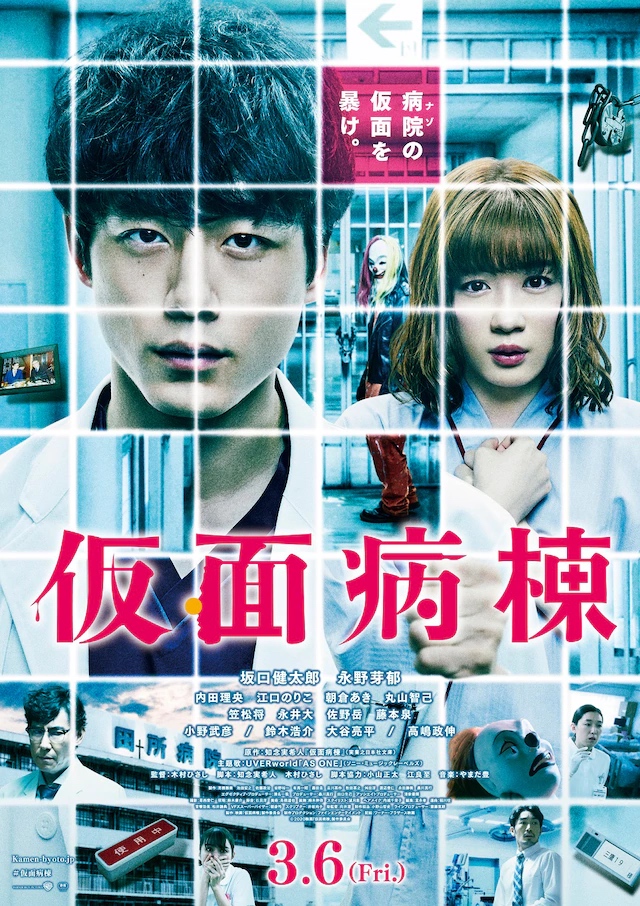 Trailer and poster added for movie “Mask Ward” starring Kentaro Sakaguchi & Mei Nagano. The movie is based on 2014 novel “Kamen Byoto” by Mikito Chinen and directed by Hisashi Kimura. In addition, the movie’s theme song has been revealed which is “As One” by rock band Uverworld (picture of band below). The theme song appears in the trailer.