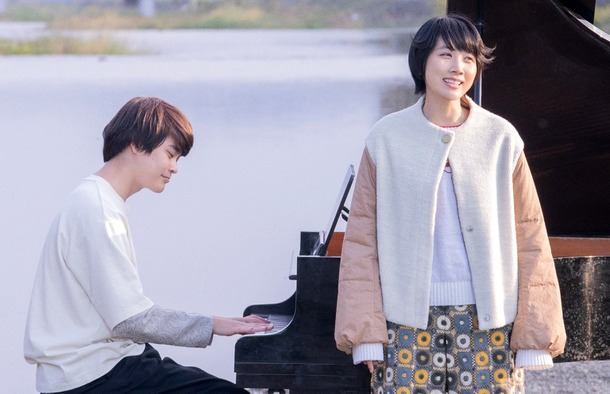 Trailer added for movie “Musicophilia” starring Kai Inowaki & Honoka Matsumoto. The film is based on webcomic “Musicophilia” by Akira Saso and directed by Masaaki Taniguchi (“Signal“). The trailer shows Nagi Naniwa (Honoka Matsumoto), who has feeling for Saku Urushibara (Kai Inowaki), expressing her feeling to him. Also Saku Urushibara argues with his step-brother Taisei Kishino (Ikusaburo Yamazaki), who is an orchestra conductor.

Plot Synopsis by AsianWiki: Saku Urushibara (Kai Inowaki) is a young man with a special ability to understand sounds in nature. He also hears sounds from shapes and colors of things. His father is a prominent composer and his younger half-brother is a genius music composer. Due to the success achieved by his father and half-brother, Saku Urushibara has an inferiority complex. He tries to keep away from music because of this, but he enrolls at the University of Arts in Kyoto. There, he enters the world of contemporary classical music.