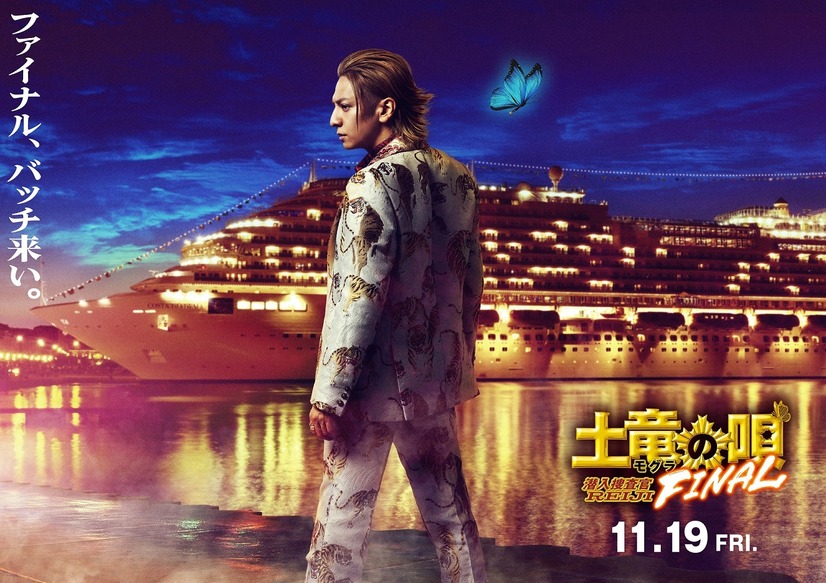 Toma Ikuta cast in live-action film “The Mole Song: Final.” Along with Toma Ikuta as Reiji Kikukawa, director Takashi Miike & screenwriter Kankuro Kudo will work together again after collaborating on 2014 movie “The Mole Song: Undercover Agent Reiji” and 2016 sequel movie “The Mole Song: Hong Kong Capriccio.” The film will have Reiji Kikukawa going undercover to infiltrate the biggest yakuza organization. In addition, the first teaser trailer has already been added on AsianWiki. Filming for the movie finished mid-June, 2021.

Plot Synopsis by AsianWiki: Reiji Kikukawa (Toma Ikuta) is suddenly appointed to infiltration investigator Mole. His mission is to infiltrate the biggest yakuza organization in Japan and approach Shuho Todoroki, who is the head of the organization. Reiji Kikukawa’s final mission is to prevent the smuggling of 600 billion yen of drugs. For his mission, he gets on luxury passenger ship and he faces his strongest enemy to date.