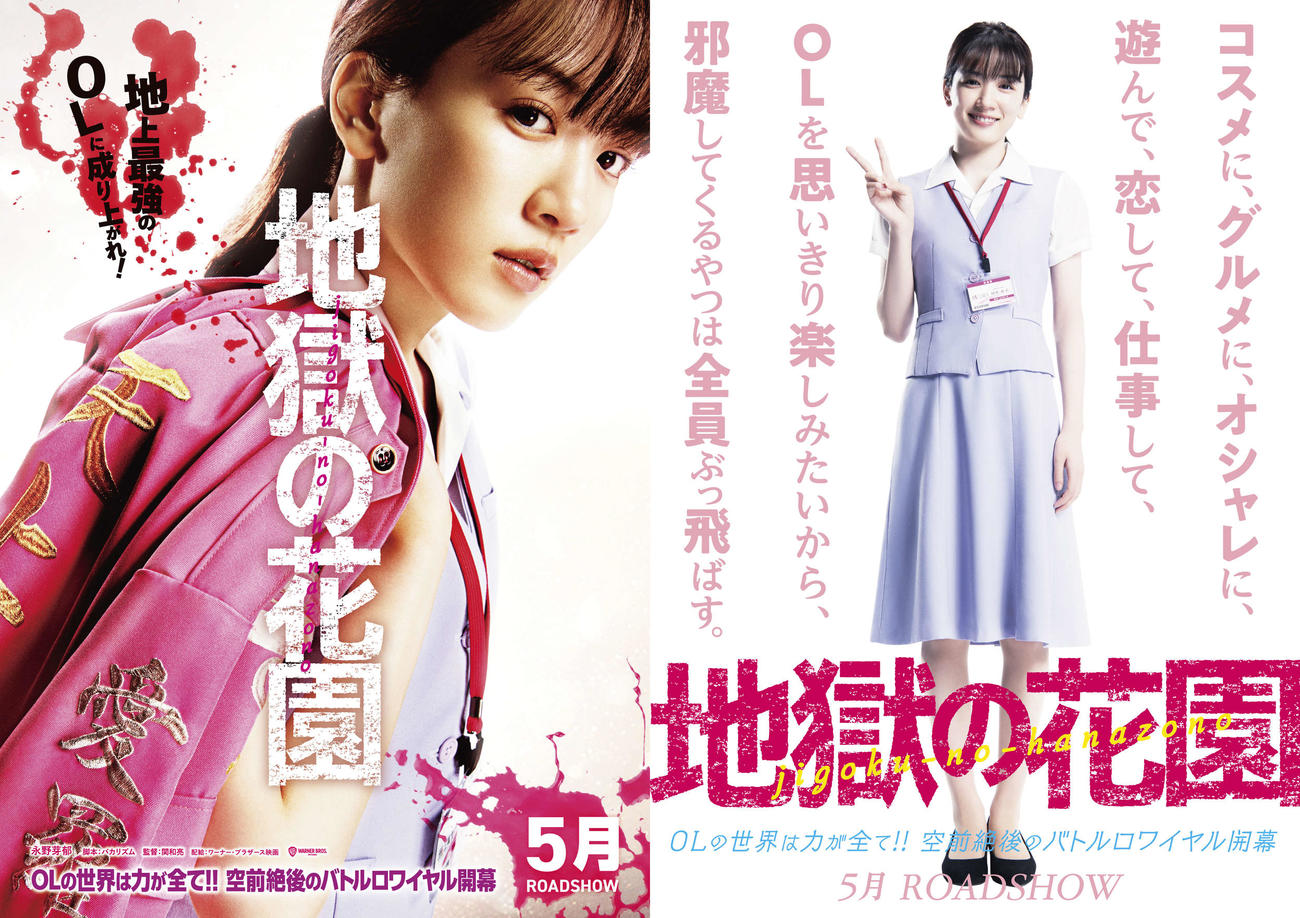 Teaser trailer and two teaser posters added for movie “Jigoku no Hanazono” starring Mei Nagano. The film is directed by Kazuaki Seki and scripted by Bakarhythm. Setup for the film is something like Crows Zero, but set at an office workplace and the combatants are OL workers at the office.

“Jigoku no Hanazono” will be released May, 2021 in Japan.

Plot Synopsis by AsianWiki: Naoko Tanaka (Mei Nagano) is a 26-year-old OL. Her job is typical, but her workplace has fierce fights among different cliques. Other OL’s are absorbed in the daily clique fighting. One day, due to an OL at the company, Naoko Tanaka’s company is targeted by OL from all over Japan.