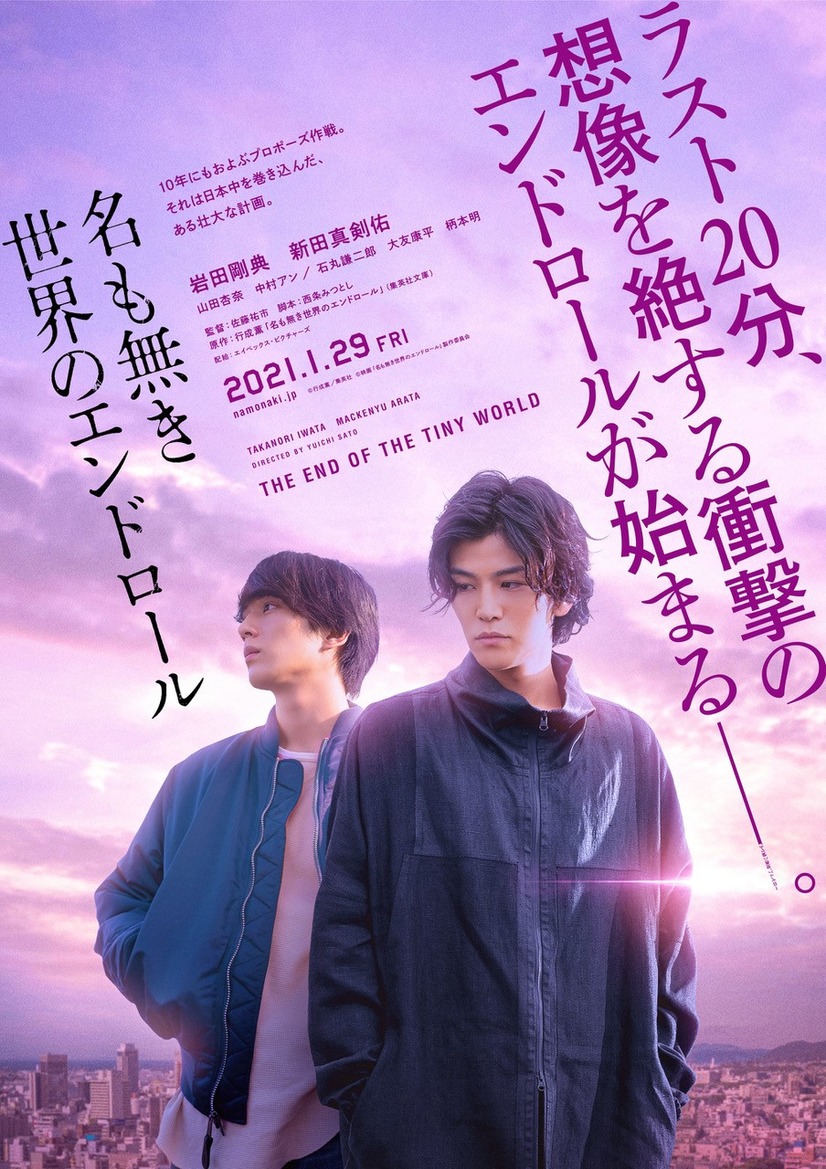 Teaser trailer and teaser poster added for movie “The End of the Tiny World” starring Takanori Iwata & Mackenyu Arata. Movie is based on 2013 novel “Na mo Naki Sekai no End Roll” by Kaoru Yukinari and directed by Yuichi Sato (“You, I Love“). The teaser begins with narration that states “Small and nameless. Irreplaceable, our world was going to collapse without a trace.” In addition, Kenjiro Ishimaru, Kohei Otomo and Akira Emoto have been announced as supporting cast members in the upcoming film.