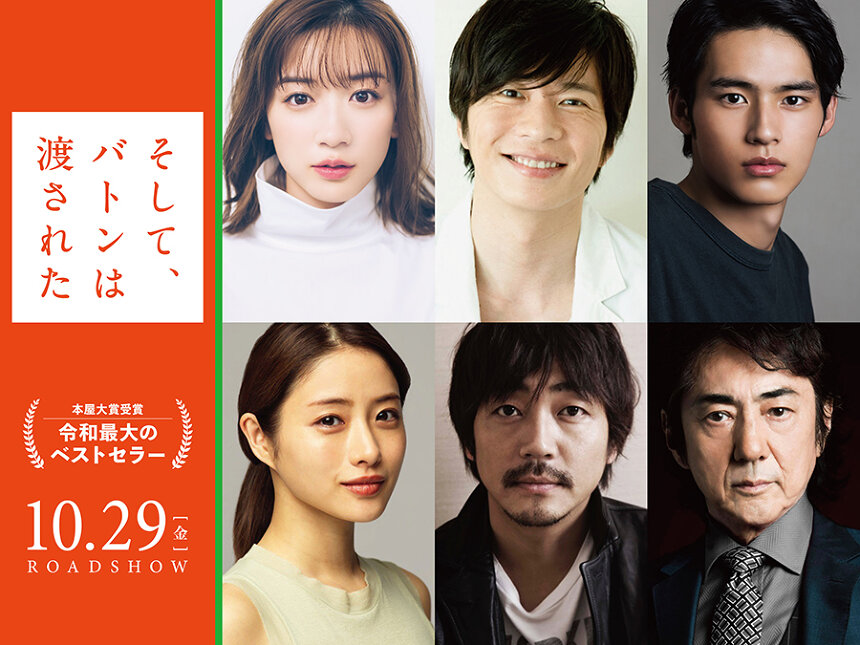 Teaser trailer and supporting cast announced for movie “And, the Baton Was Passed” (literal title) starring Mei Nagano, Kei Tanaka, & Satomi Ishihara. The first batch of announced supporting cast members are Kenshi Okada, Nao Omori, Masachika Ichimura, and Kurumi Inagaki.  Meanwhile, the teaser trailer begins with Mei Nagano stating “My last name has changed 4 times.” In the movie, her mother has remarried several times and she now lives with her stepfather. Movie is based on 2018 novel “Soshite, Baton wa Watasareta” by Maiko Seo.

Plot Synopsis by AsianWiki: Yuko Morimiya (Mei Nagano) is a high school student and she lives with her stepfather Morimiya (Kei Tanaka). Morimiya is her third father. Her mother, Rika (Satomi Ishihara), is a free spirited person and has remarried several times. She disappeared from Yuko’s life at a certain point. Even though Yuko and her stepfather are not blood related, she is fully loved by her him.