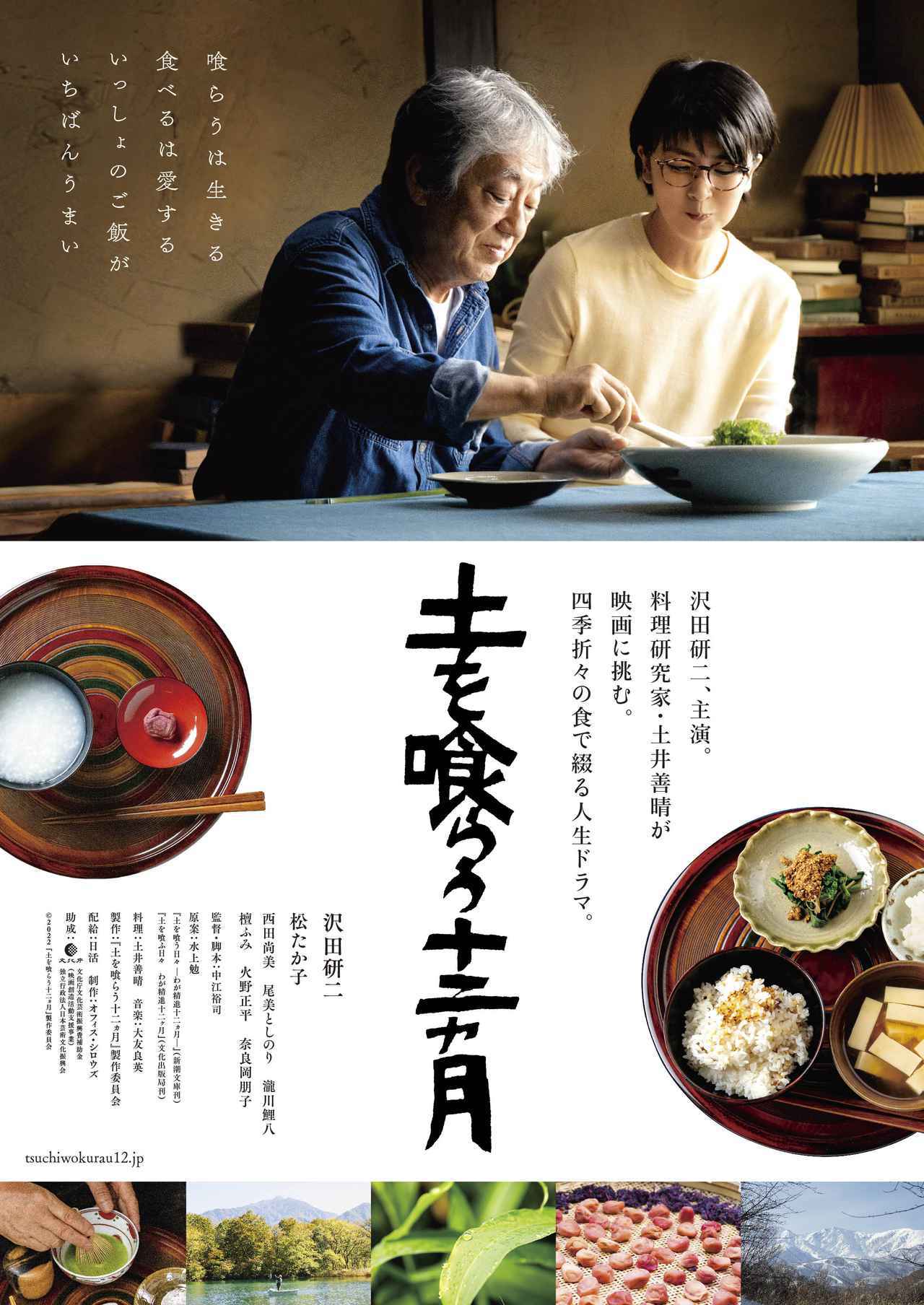 Teaser trailer and posters added for movie “The Zen Diary” starring Kenji Sawada & Takako Matsu. Movie is based on essay “Tsuchi wo Kurau Hibi ” by Tsutomu Mizukami and directed by Yuji Nakae (“A Midsummer Night’s Dream“). The film revolves around a writer played by Kenji Sawada, who lives on a mountain and lives a simple zen like life.

Plot Synopsis by AsianWiki: Writer Tsutomu (Kenji Sawada) lives alone at a mountain cabin in Nagano. He collects fruits and mushrooms from the mountain. He also raises vegetables in a field. Everyday, he cooks his meals with these natural ingredients. Doing that, he can feel the flow of the seasons and he writes his book. Sometimes, his editor/girlfriend Machiko (Takako Matsu) visits him. They cook with seasonal ingredients and eat together. They have a good time together. Tsutomu seems to be enjoying an easygoing life, but he is still unable to bury his dead wife’s ashes in a grave. His wife died 13 years ago.