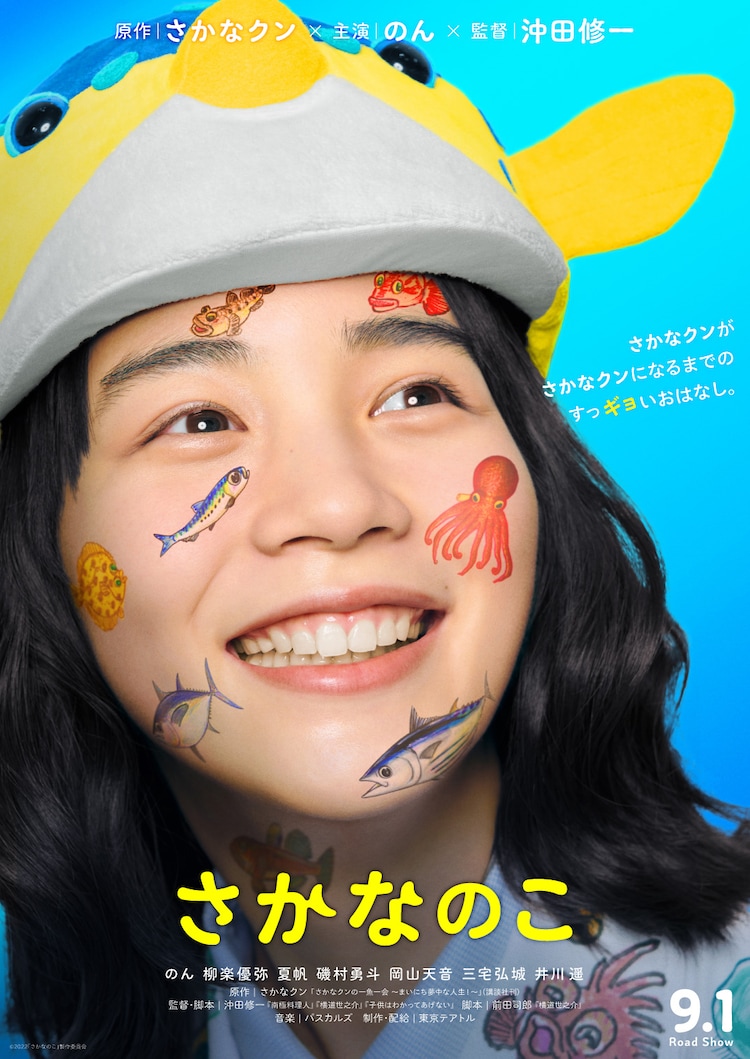 Teaser trailer and poster added for movie “The Fish Tale” starring Non, Yuya Yagira, and Kaho. Movie is the latest film directed by Shuichi Okita (“The Mohican Comes Home“). The teaser trailer begins after a brief 10 second introduction by Non. Narration in the teaser trailer part begins with “Then right away, let’s go!” The main character played by Non has an obsession like interest with fish.

“The Fish Tale” is now scheduled for release September 1, 2022 in Japan.

Plot Synopsis by AsianWiki: Elementary school student Mibou’s daily revolves around his love for fish. He looks at fish every day, draws them every day, and eats them every day. His father is worried about Mibou, because he seems different from other kids. His mother in contrast watches him warmly and supports him. Even after Mibou becomes a high school student, he still only thinks about fish. He is also on good terms with a neighborhood thug and gets attention from people.

Soon, Mibou begins to live alone. He meets many different people and somehow gets affection from them. He also takes the only path he can go.