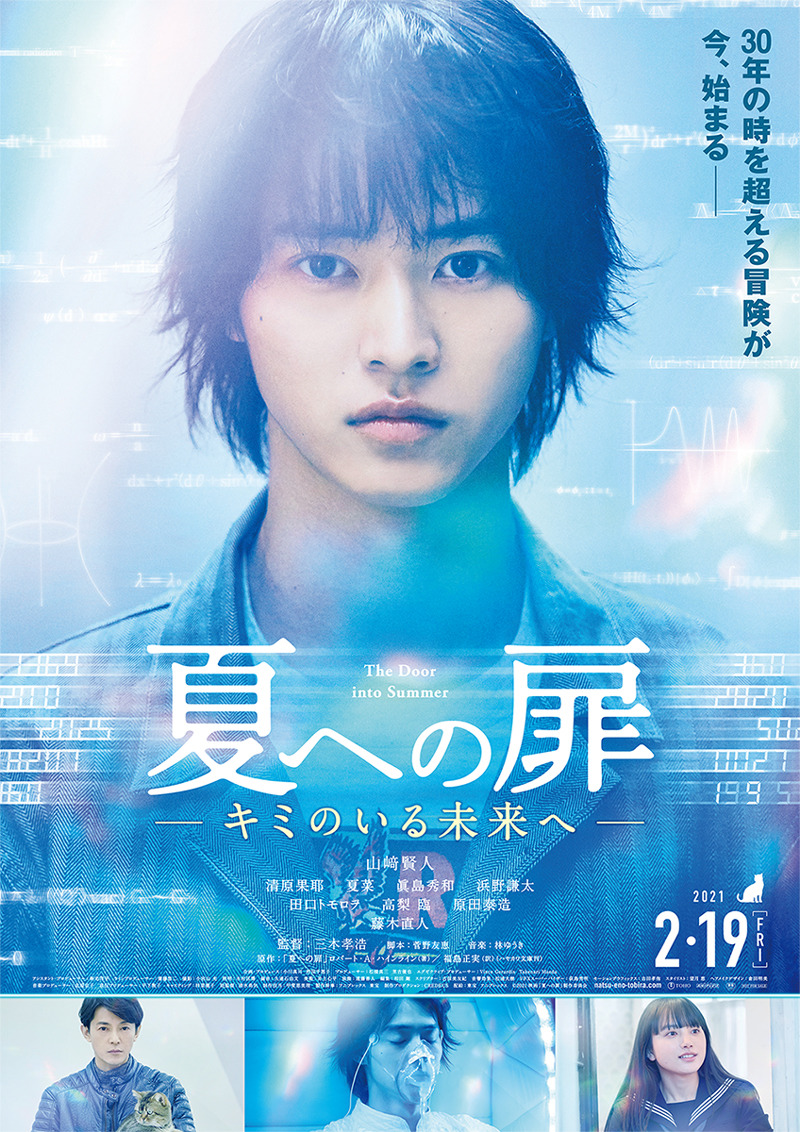 Teaser trailer and poster added for movie “The Door into Summer” starring Kento Yamazaki, Kaya Kiyohara, and Naohito Fujiki. Movie is based on novel “The Door into Summer” by U.S. sci-fi writer Robert A. Heinlein and directed by Takahiro Miki (“Fortuna’s Eye“). In addition, supporting cast members have been announced for the film:  Natsuna Watanabe, Hidekazu Mashima, Taizo Harada, Rin Takanashi, Kenta Hamano, and Tomorowo Taguchi.