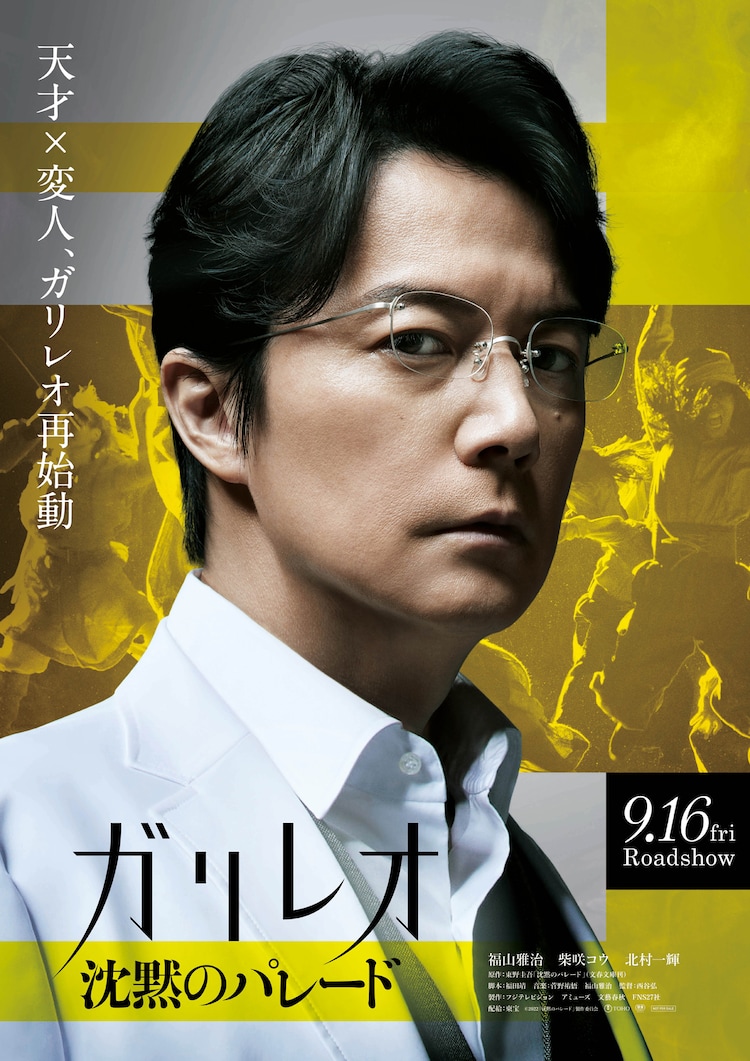 Teaser trailer and poster added for movie “Silent Parade” starring Masaharu Fukuyama & Kou Shibasaki. Movie is based on 2018 novel “Chinmoku no Parade” by Keigo Higashino and is the fourth feature film in the Galileo series following “Suspect X,” “Perfect Number,” and “Midsummer Formula.” The film “Silent Parade” begins with a female high school student, who went missing several years ago, being found dead.

Plot Synopsis by AsianWiki: Physicist Manabu Yukawa (Masaharu Fukuyama) returns to Japan from America. Detective Kaoru Utsumi (Kou Shibasaki) visits him and talks about a case. The case is about a popular girl in a town who disappeared and, several years later, her body was found. A suspect was arrested for her murder. That suspect was previously arrested for another girl’s murder, but he was released due to a lack of evidence. Detective Shunpei Kusanagi (Kazuki Kitamura) investigated the prior murder case. The same suspect was then released due to a lack of evidence for the most recent murder case. The released man returned to his town, where everybody hated him. On the day of the autumn festival parade, the man was killed.