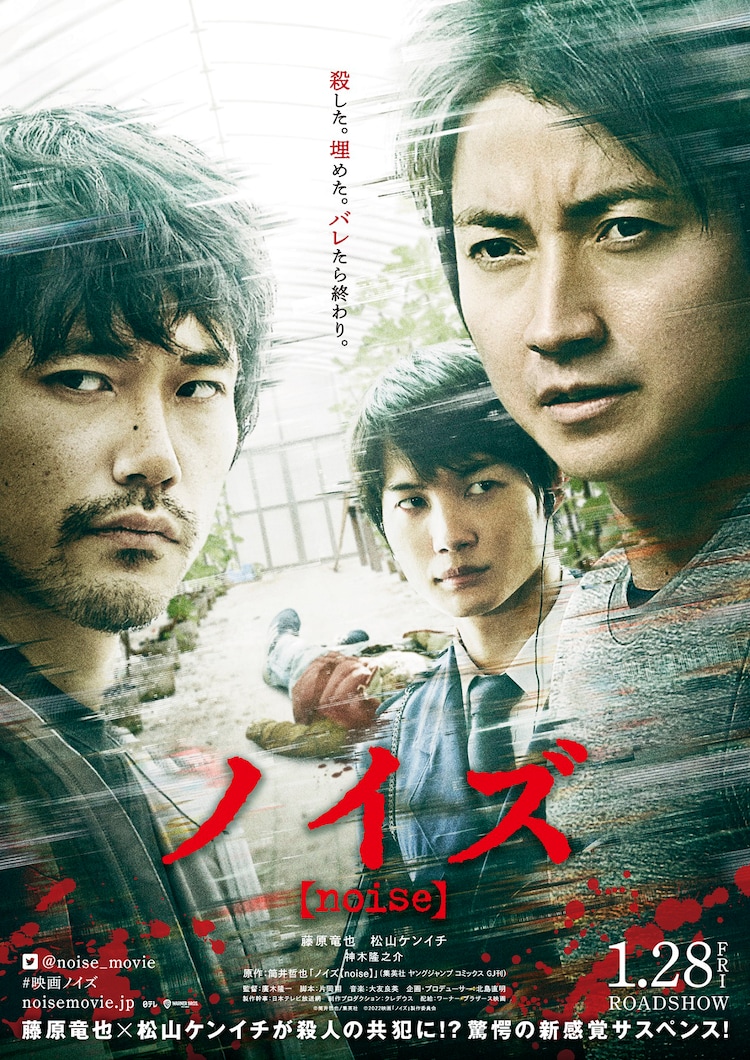 Teaser trailer and poster added for live-action film “Noise” starring Tatsuya Fujiwara, Kenichi Matsuyama, & Ryunosuke Kamiki. Movie is based on manga series “Noise” by Tetsuya Tsutsui (“Prophecy“) and directed by Ryuichi Hiroki. In addition, actor Daichi Watanabe is cast for the character of Mutsuo Omisaka. His character is an ex-prisoner and psychopath killer. Caption on the teaser poster states “Killed. Buried. If we get caught, we’re screwed.”

Plot Synopsis by AsianWiki: Shishikari is a remote island, which is behind the times. The island suffers from a decreasing population and declining industries. Keita Izumi (Tatsuya Fujiwara) begins to produce black fig on Shishikari Island. Because of his well received product, the island is close to receiving a 5 billion yen grant from the government, which is part of the goverment’s policy to reinvigorate rural economy. The residents of the island are excited, but their peaceful days changes by the appearance of Mutsuo Omisaka.