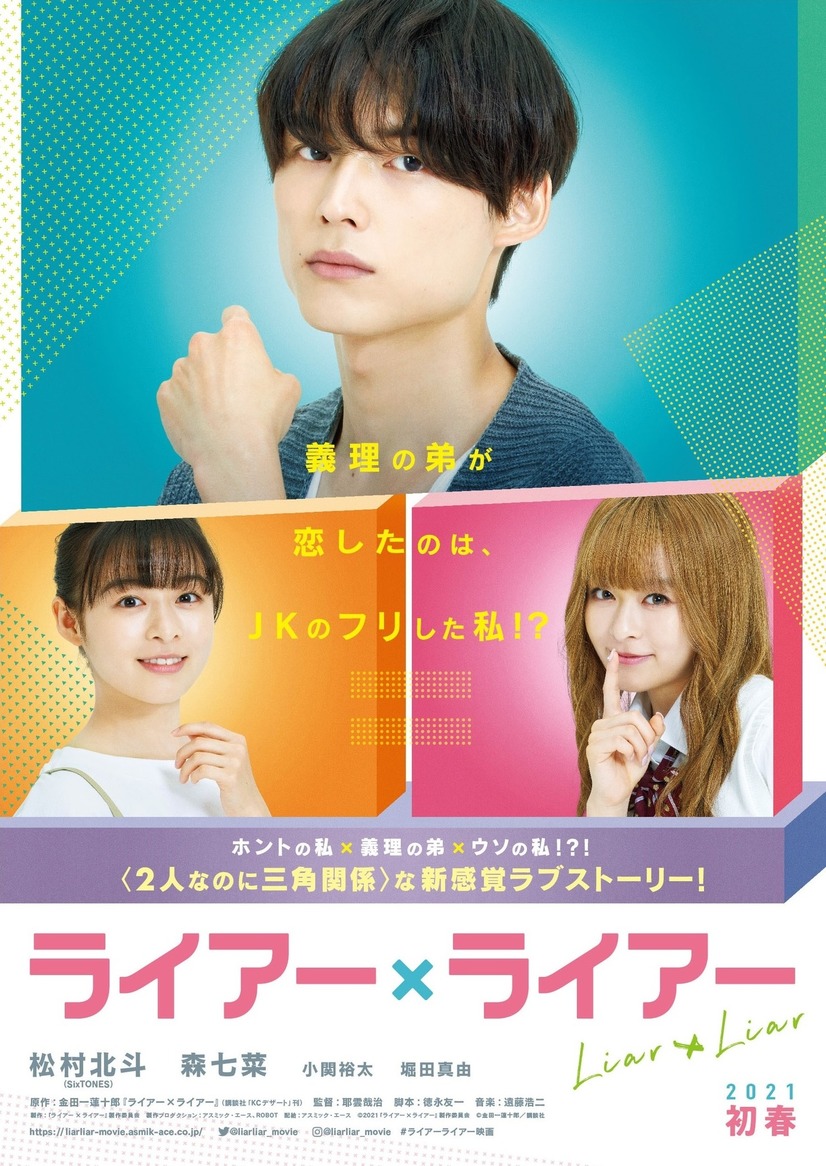 Teaser trailer and poster added for live-action film “Liar x Liar” starring Hokuto Matsumura & Nana Mori. Movie is based on manga series “Liar x Liar” by Renjuro Kindaichi and directed by Saiji Yakumo. The film follows an unusual romance between non-blood related siblings. One is a germaphobe and the other is a bit of a player with the girls.

“Liar x Liar” will be released sometime next year in Japan.

Plot Synopsis by AsianWiki: Minato (Nana Mori) is a university student and has a fear of germs. She isn’t interested in looking pretty. She lives with her stepbrother Toru (Hokuto Matsumura), who is her stepbrother from her mother’s remarriage. Meanwhile, Toru is handsome and a player with the ladies. He doesn’t resist women who come on to him and he doesn’t stop women from leaving him either. Minato is uncomfortable with Toru and his ways with women. They are the same age and attend the same university. They have an agreement, where Toru will not approach Minato within 2 meters when they are outside.

One day, due to her friend’s request, Minato puts on make-up and wears her friend’s high school uniform. While she is out walking in public, she happens to meet Toru. She unexpectedly lies to him about her identity and tells him that she is a high school student. Toru falls in love with her at first sight.