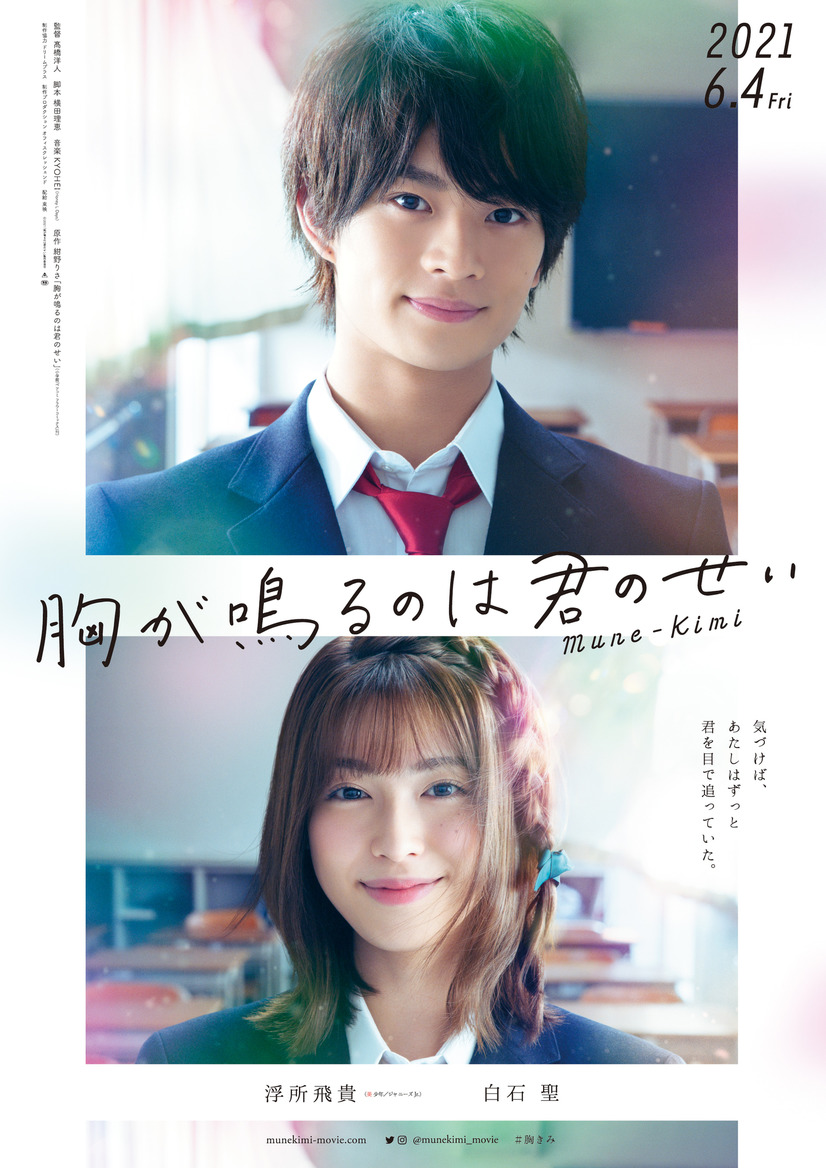 The teaser poster also reveals that “Mune ga Narunoha Kimi no Sei” will be released June 4, 2021.