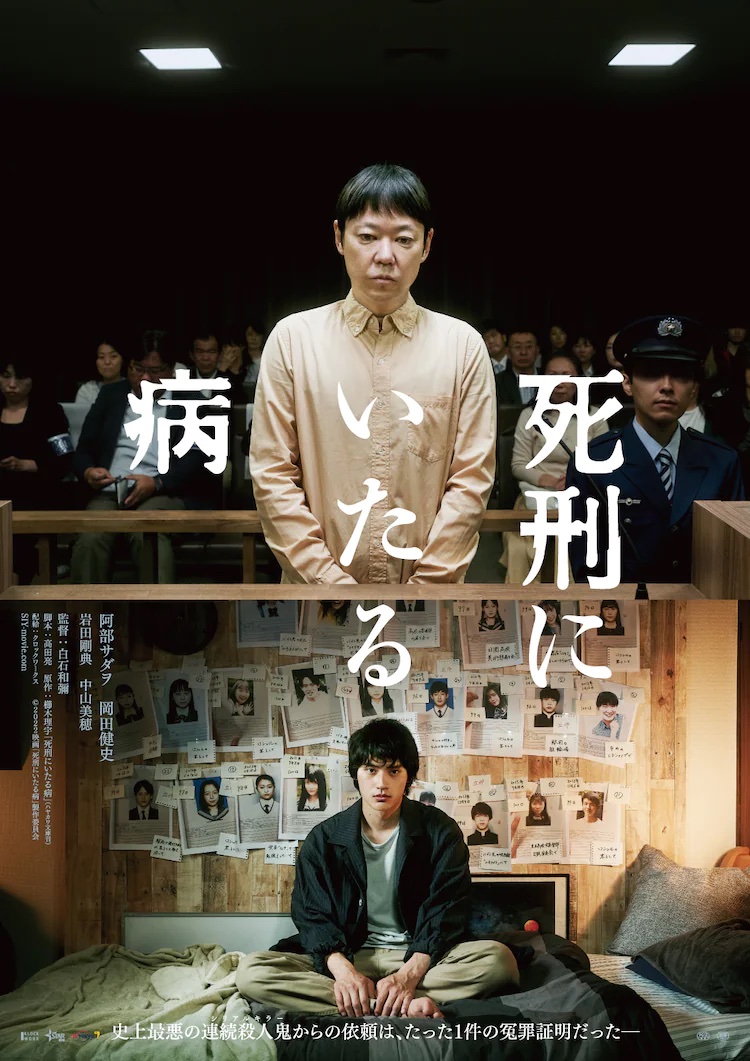 Teaser trailer added for movie “Sickness That Leads To The Death Penalty” starring Sadao Abe & Kenshi Okada. Movie is based on 2017 novel “Shikei ni Itaru Yamai” by Riu Kushiki and directed by Kazuya Shiraishi (“The Devil’s Path“). The teaser trailer begins with narration that states “One letter which came to a university student.”

“Sickness That Leads To The Death Penalty” is now set for release May, 2022.

Plot Synopsis by AsianWiki: Masaya (Kenshi Okada) is a university student, but he attends a school that’s not his ideal school. His days are generally gloomy. One day, he receives a letter from serial killer Shinmura (Sadao Abe). He was convicted for 8 murders and received the death penalty. Back when Shinmura was committing his murders, he ran a bakery store. At that time, Masaya was a middle school student and a customer at his bakery store. According to the letter, Shinmura confesses to having committed 8 murders, but he insists that he did not commit the last murder. Masaya begins to investigate the last murder case involving Shinmura.