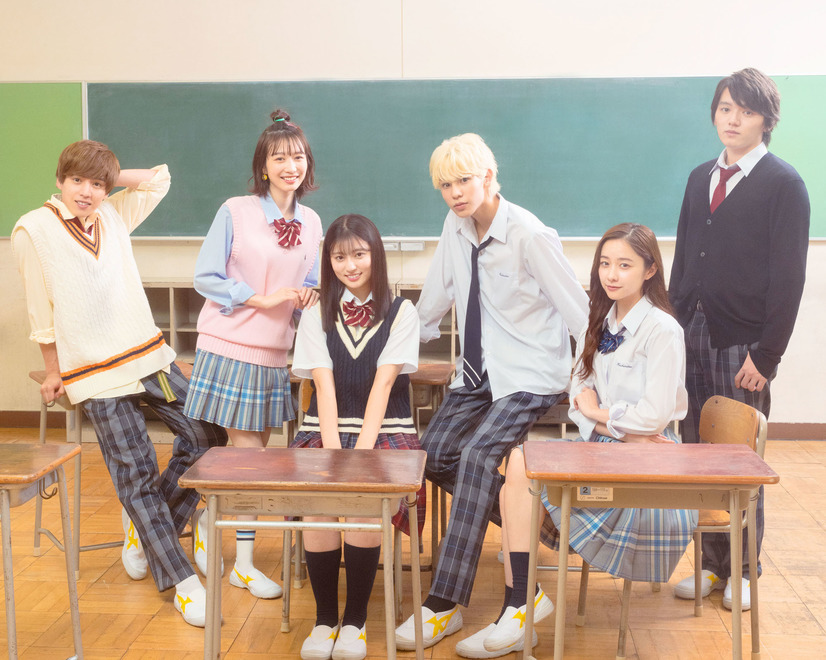 Teaser trailer added for live-action film “Honey Lemon Soda” starring Raul & Ai Yoshikawa. Movie is based on manga series “Honey Lemon Soda” by Mayu Murata and directed by Koji Shintoku (“Peach Girl“). In addition, first group of supporting cast members for the film has been announced. They are Mayu Hotta as Serina Kanno, Tatsuomi Hamada as Tomoya Takamine, Ryota Bando as Satoru Seto, and Natsumi Okamoto as Ayumi Endo. Visuals of the supporting characters are below.

Plot Synopsis by AsianWiki: Uka Ishimori (Ai Yoshikawa) is very shy and has a hard time making friends. When she was a middle school student, students made fun of her by calling her “stone.” Around that time, she met Kai Miura (Raul) with lemon color hair. Due to him, she entered the same high school. Uka Ishimori now wants to overcome her shyness and have friends. Kai Miura is popular student at the school, but he doesn’t talk much or seem interested in others. He doesn’t know why, but he becomes concerned with Uka Ishimori. Uka Ishimori has admired Kai Miura, but she now has feelings for him. Kai Miura has a secret, which no one knows.