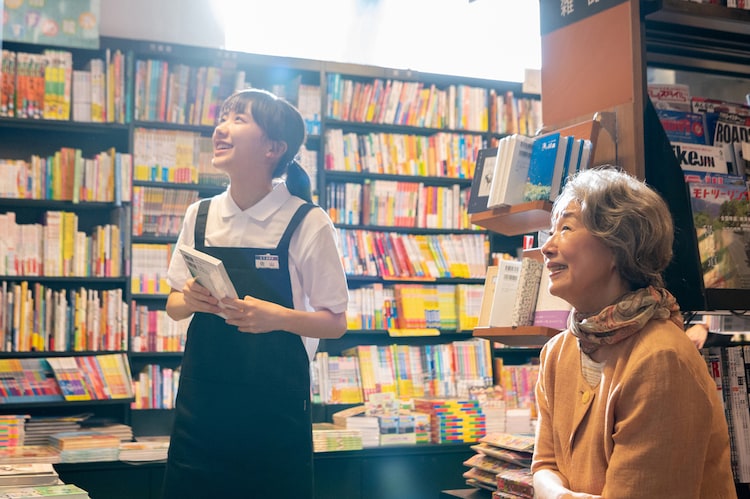 Teaser trailer added for movie “BL Metamorphosis” starring Mana Ashida & Nobuko Miyamoto. Movie is based on webcomic “Metamorphose no Engawa” by Kaori Tsurutani and directed by Shunsuke Kariyama (“Humanoid Monster, Bem“). The teaser trailer also features the movie’s theme song “Koresaeareba,” which is performed by Mana Ashida and Nobuko Miyamoto. The song is a cover of “Koresaeareba” by Tjiros.

Plot Synopsis by AsianWiki: Urara Sayama (Mana Ashida) is a 17-year-old high school student. She doesn’t have any friends or a boyfriend. Her only enjoyment is reading boy’s love manga, which she keeps it as a secret. She also works part-time as a cashier at a bookstore. There, she meets 78-year-old Yuki Ichinoi (Nobuko Miyamoto). Yuki Ichinoi has lived alone since her husband passed away. She happens to buy a BL manga due to its eye pleasing cover. Since that purchase, Yuki Ichinoi becomes a fan of the manga genre. Due to their common interest in BL manga, Urara Sayama and Yuki Ichinoi develop a friendship and they decide to take on a challenge.