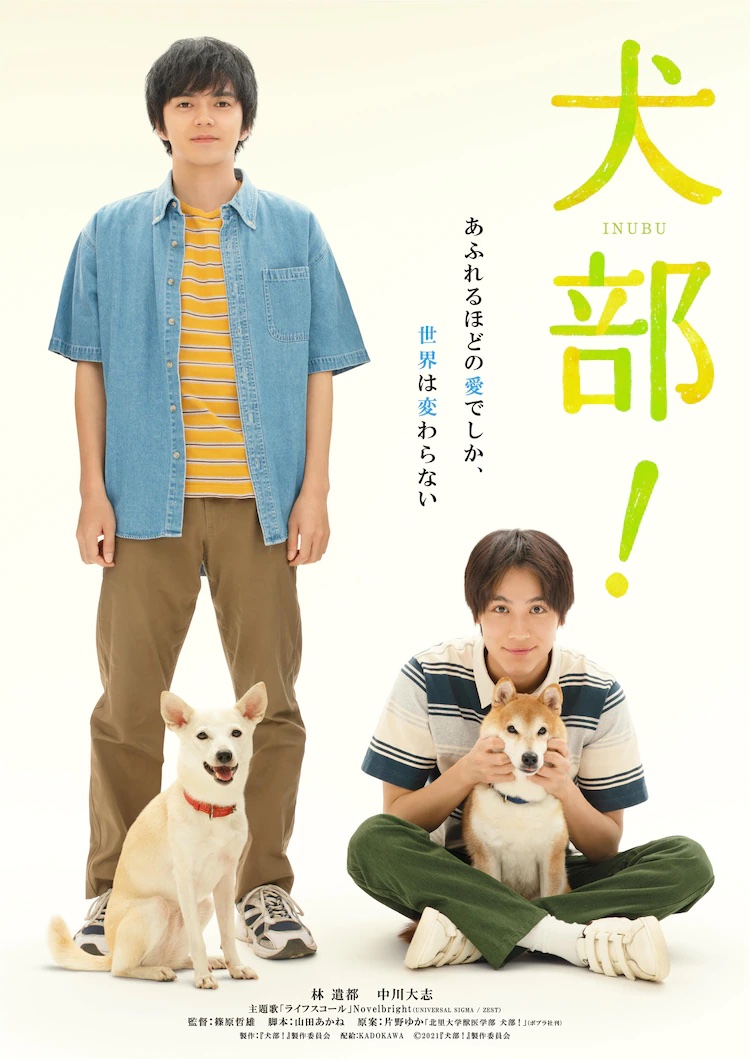 Teaser poster added for movie “Inubu” starring Kento Hayashi & Taishi Nakagawa. Movie is based on 2010 nonfiction novel “Inubu!” by Yuka Katano and directed by Tetsuo Shinohara. The theme song for the film has also been announced, which is “Life Squall” by rock band Novelbright.

Plot Synopsis by AsianWiki: Sota Hanai (Kento Hayashi) is 22-years-old and a university student in the veterinary department. Since he was little, he has always loved animals. His apartment is full of animals that needed help. One day, Sota Hanai saves a dog that was being used in experiments. To save more of the animals, he sets up the “Inubu” club. His friend Ryosuke Shibasaki (Taishi Nakagawa), among other people, joins the group. Ryosuke Shibasaki also loves dogs and is a student in the same veterinary department as Sota Hanai. They work hard to protect the animals. 16 years later, a report comes out. The report is about Sota Hanai, who was arrested.