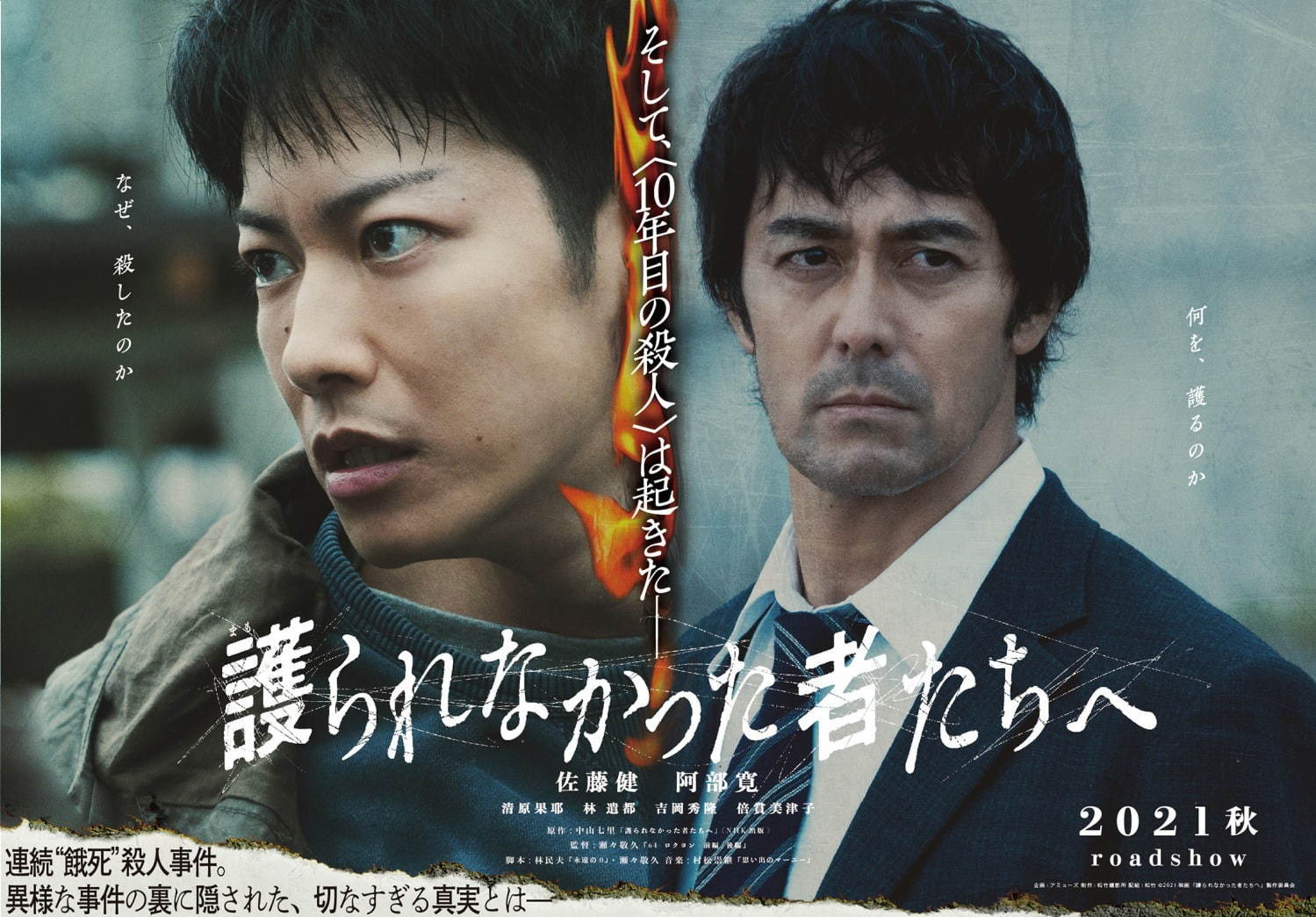 Here’s the first teaser poster for upcoming movie “To Those Who Were Not Protected” (literal title) starring Takeru Satoh & Hiroshi Abe. Movie is based on novel “Mamorarenakatta Monotachi e” by Shichiri Nakayama and directed by Takahisa Zeze. Captions on the poster asks “Why…did you kill?,” “And [Murder for 10 years] took place.,” and “What..will you protect?”

The teaser poster also reveals that “To Those Who Were Not Protected” will be released autumn, 2021 in Japan.