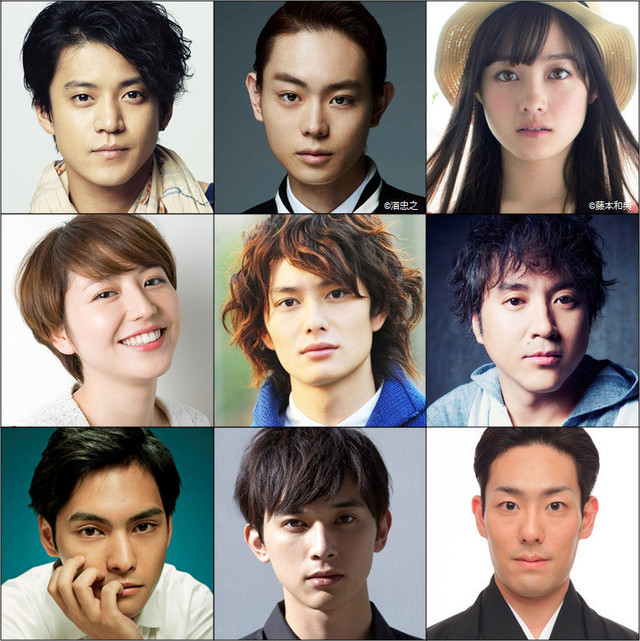 Masaki Suda will play Shinpachi Shimura. He works at Yorozuya which is run by Gintoki (Shun Oguri).  Yorozuya is a freelancer business which deals with anything from investigation to saving mankind.

Kanna Hashimoto will play Kagura. She also works at Yorozuya. She is bright and has a strong sense of justice.

Masami Nagasawa will play Tae Shimura. She is the older sister of Shinpachi Shimura. She looks to have a calm temperament, but when she gets angry … nothing stops her.

Masaki Okada will play Kotaro Katsura. He is the leader of Joito which is a group that opposes the Shogunate.

Tsuyoshi Muro will play Gengai Hiraga. He is a repairman and an inventor.

Yuya Yagira will play Toshiro Hijikata. He is the vice commander of the Shinsengumi which is a special police force.

Ryo Yoshizawa will play Sogo Okita. He is a member of the Shinsengumi. He frequently looks for a way to get rid of Toshiro Hijikata in order to take his position.

Kankuro Nakamura will play Isao Kondo. He is the commander of the Shinsengumi.

“Gintama” will be released sometime next year in Japan.