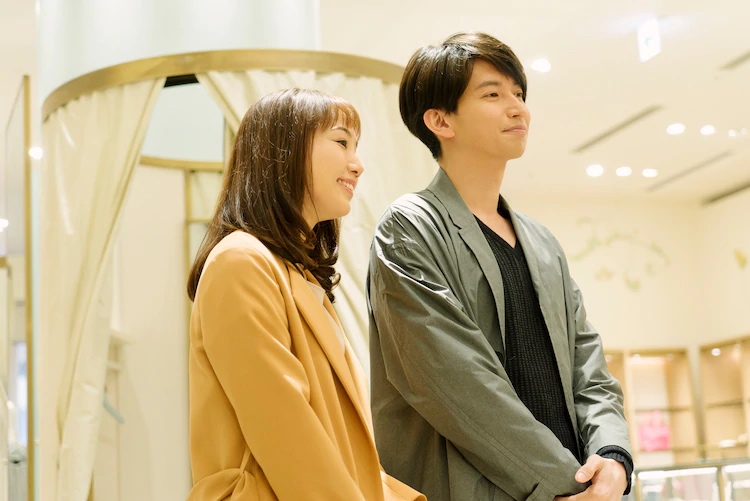 Here’s still images from movie “The Cornered Mouse Dreams of Cheese” (literal title) starring Tadayoshi Okura, Ryo Narita, and Shiori Yoshida. The still images are of supporting actress Miyu Sakihi and Tadayoshi Okura. In the film, Miyu Sakihi plays Chikako Otomo. She is married to Kyoichi Otomo’s (Tadayoshi Okura). She happens to believe her husband is having an affair and hires an agency to investigate. The film is based on manga “Kyuso wa Chizu no Yume wo Miru” by Setona Mizushiro and directed by Isao Yukisada.

“The Cornered Mouse Dreams of Cheese” is now set for release September 11, 2020 in Japan.

Plot Synopsis by AsianWiki: Kyoichi (Tadayoshi Okura) works at an advertising company. He has an indecisive personality. Even though he is married, he repeatedly has affairs. One day, a man appears in front of Kyoichi. The man is Wataru (Ryo Narita). Wataru graduated from the same universithy as Kyoichi. It’s the first time they have met since Kyoichi graduated. Wateru currently works for a jack of all trades agency that does anything for their customers. He is sent by Kyoichi’s wife to investigate whether Kyoichi is having an affair. Wataru tells Kyoichi that he has liked him for the past 7 years. He also tells Kyoichi that he wants to have a sexual relationship with him and in return he won’t tell his wife about his infidelity.