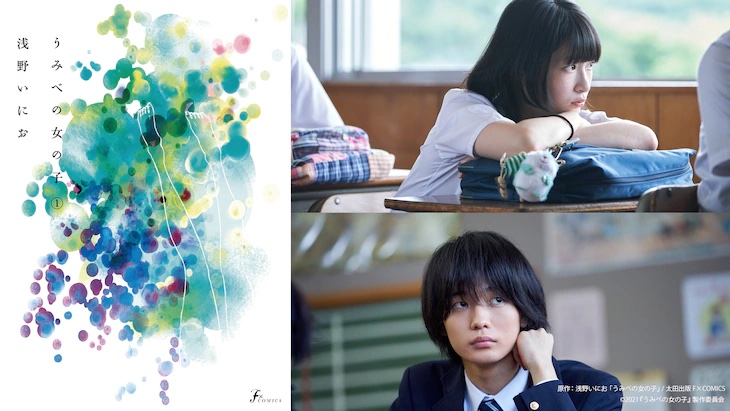 Ruka Ishikawa and Yuzu Aoki are cast the lead roles live-action film “A Girl on the Shore” (literal title). The film is based on manga series “Umibe no Onnanoko” by Inio Asano (“Solanin“) and directed by Atsushi Ueda (“School Girl’s Gestation“). The film is set in a small town on the shore and follows two teens who enter into a casual relationship.

Plot Synopsis by AsianWiki: Kome (Ruka Ishikawa) attends middle school in a small town on the shore. She gets dumped by senior student Misaki (Yuki Kura). Kome enters into an intimate relationship with Keisuke (Yuzu Aoki), who has an introspective personality and is in the same grade as her. In their past, Keisuke confessed to Kome that he liked her a lot. Kome and Keisuke continue their casual intimate relationship and Kome begins to develop feelings for Keisuke, but Keisuke tries end his relationship with Kome.

Meanwhile, Keisuke takes action as atonement for his older brother, who was bullied and committed suicide.