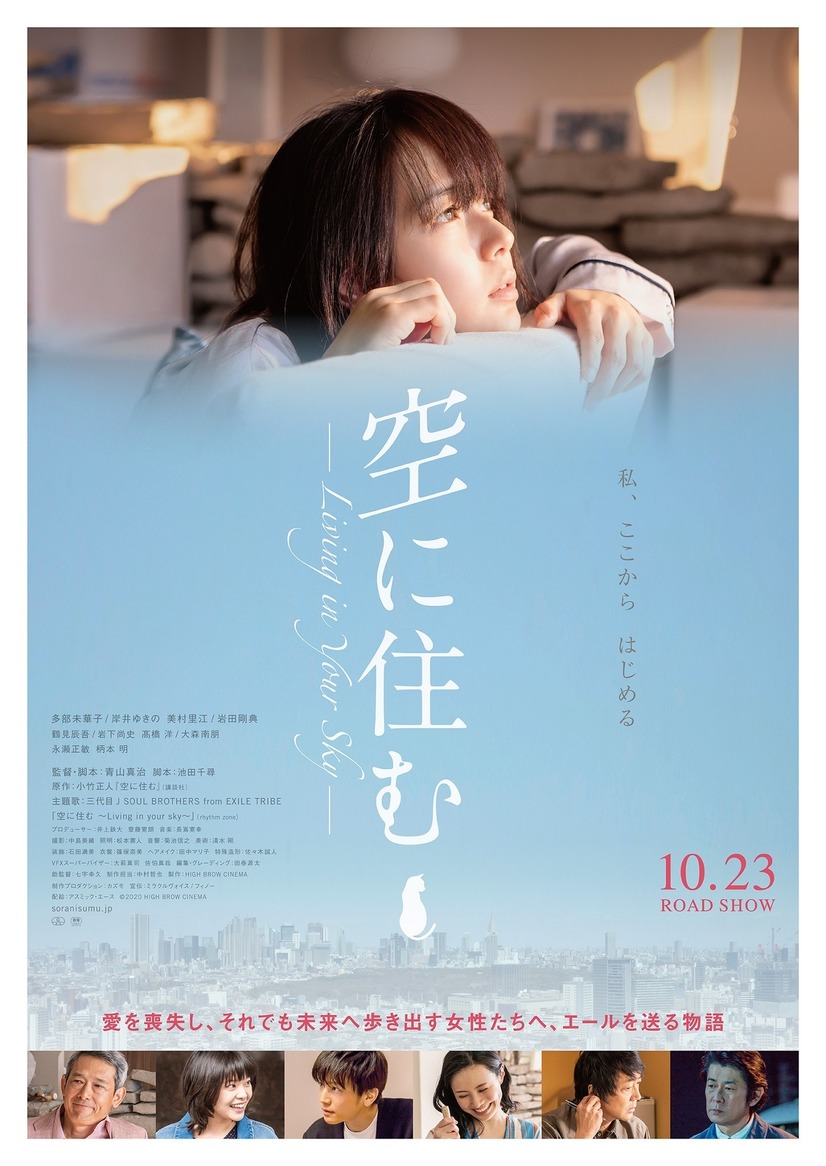 Poster and trailer added for movie “Living In Your Sky” starring Mikako Tabe. Movie is based on 2013 novel “Sora ni Sumu” by Masato Odake and directed by Shinji Aoyama. The movie’s theme song has also been announced, which is “Sora ni Sumu; Living In Your Sky” by Sandaime J Soul Brothers. Supporting actor Takanori Iwata, who plays Morinori Tokito, is a member of Sandaime J Soul Brothers. The theme song is played in the trailer. Caption on the poster states in Japanese “I, start from here.”

Plot Synopsis by AsianWiki: Naomi (Mikako Tabe) works for a small publishing company, located outside of a city. One day, her parents suddenly die. Due to her uncle’s arrangement, she lives in a high-rise apartment building in the city. She is surrounded by people who are close to her, but she suffers from loneliness due to her parents’ deaths. Naomi happens to meet popular actor Morinori (Takanori Iwata), who lives in the same apartment building. They develop a romantic relationship.