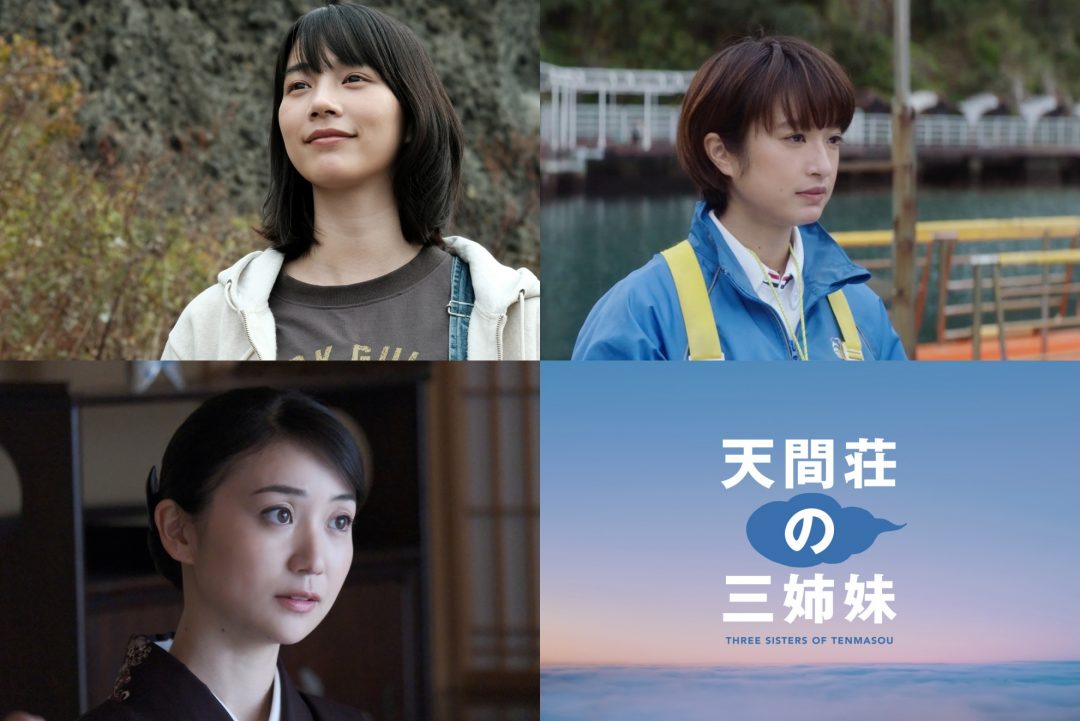 Non, Mugi Kadowaki, and Yuko Oshima are cast in live-action film “Three Sisters of Tenmasou.” The film is based on manga series “Tenmasou no Sanshimai: Sky High” by Tsutomu Takahashi and directed by Ryuhei Kitamura (“Azumi“). The fantasy based story is set at an inn that exists between this world and the afterlife, for souls that will return to this world or go to the afterlife. Mugi Kadowaki and Yuko Oshima will play sisters that run the inn and Non will play their younger half-sister. Their younger sister comes to stay at the inn.

“Three Sisters of Tenmasou” will be released October 28, 2022 in Japan.

Plot Synopsis by AsianWiki: Tenmasou is an inn existing between this world and the afterlife. Souls come to Tenmasou and stay temporarily, until a decision is made if they will return to this world or continue on to the afterlife.