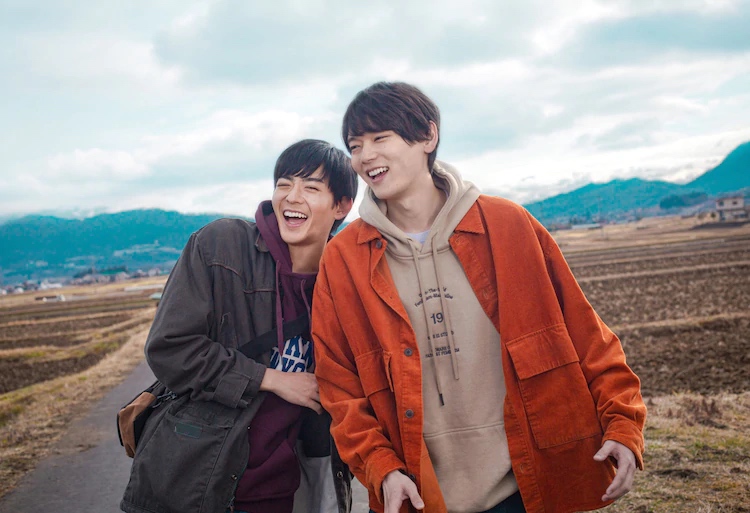 Main trailer added for live-action film “Restart After Come Back Home” starring Yuki Furukawa and Ryo Ryusei. The film is based on BL themed manga “Restart wa Tadaima no Atode” by Cocomi and directed by Ryuta Inoue. Meanwhile, above and below are the first still images from the movie.

“Restart After Come Back Home” will be released September 4, 2020 in Japan.

Plot Synopsis by AsianWiki: Mitsuomi Kozuka (Yuki Furukawa) quits his job due to his boss. He decides to return to his hometown for the first time in 10 years. The town is located in the countryside. There, Mitsuomi Kozuka meets Yamato Kumai (Ryo Ryusei). Yamato Kumai is the stepson of old man Kumai. The old man runs a farm near the home of Mitsuomi Kozuka’s parents.