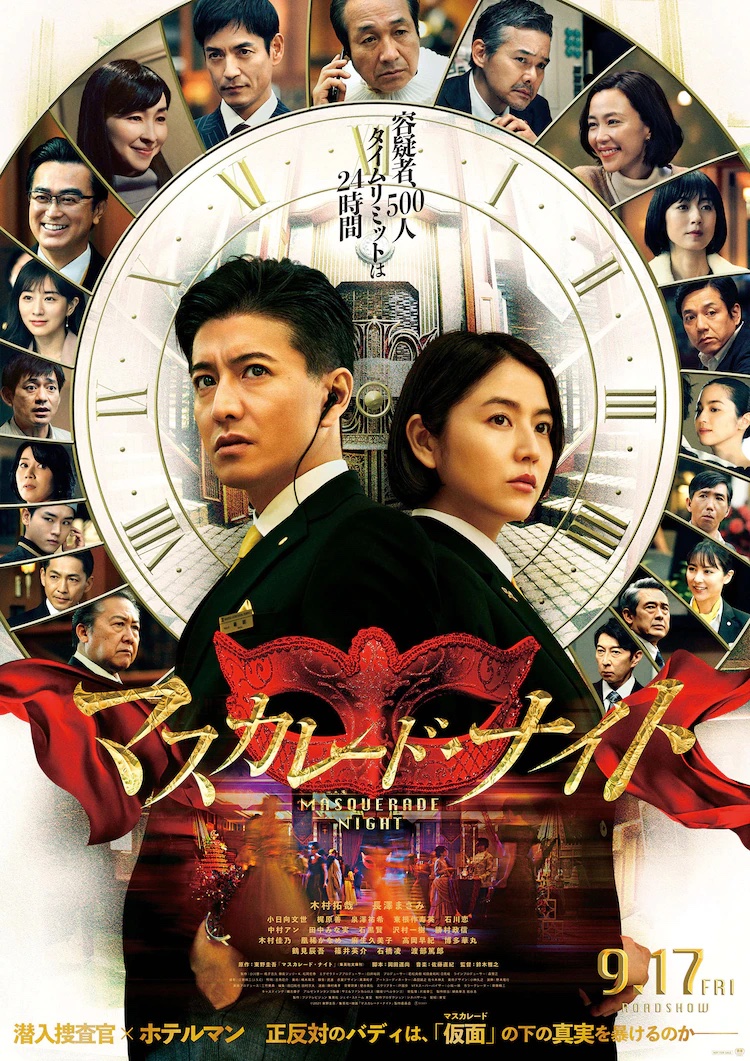 “Masquerade Night” will be released September 17, 2021 in Japan.

Plot Synopsis by AsianWiki: An anonymous letter is delivered to the Tokyo Metropolitan Police Department. The letter states that a criminal of a murder case will appear at the countdown party Masquerade Night that will be held at Hotel Cortesia Tokyo. Detective Kosuke Nitta (Takuya Kimura) must go undercover and work again at the Hotel Cortesia Tokyo. There, he meets Naomi Yamagishi (Masami Nagasawa), who works as a concierge. Without any information about the criminal, except that the person will be in attendance, Detective Kosuke Nitta works feverishly to find the criminal among the 500 attendees.