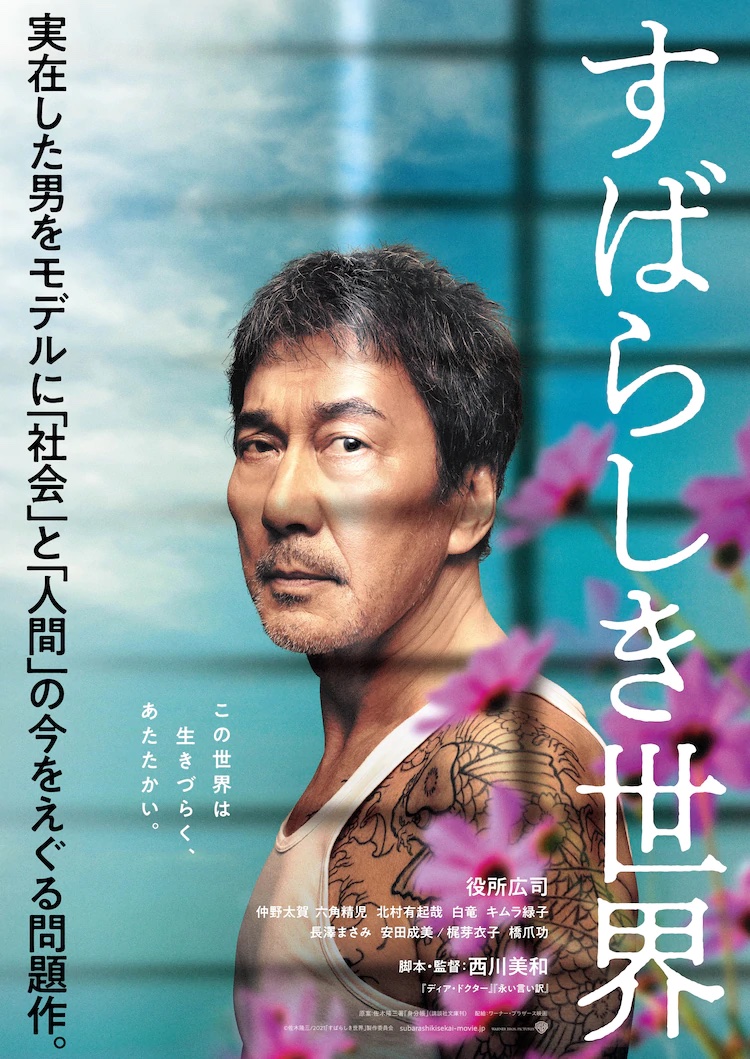 Main trailer and poster added for movie “Under The Open Sky” starring Koji Yakusho. The film is based on novel “Mibuncho” by Ryuzo Saki and directed by Miwa Nishikawa. The film centers around Masao Mikami played by Koji Yakusho. He is a former yakuza who is released from jail and must adjust to a world that he is not familiar with.

Plot Synopsis by AsianWiki: Masao Mikami (Koji Yakusho) served a 13 year prison sentence for murder. Upon his release, he faces an inconceivable world that is rapidly changing. He struggles to adapt to life in society. He is ostracized at work, but he becomes connected with people around him due to his righteous character. At this time, two men from a TV station approaches Masao Mikami. They want to make a TV program that shows Masao Mikami’s life. Spending time together with Masao Mikami, the life of these two men changes.