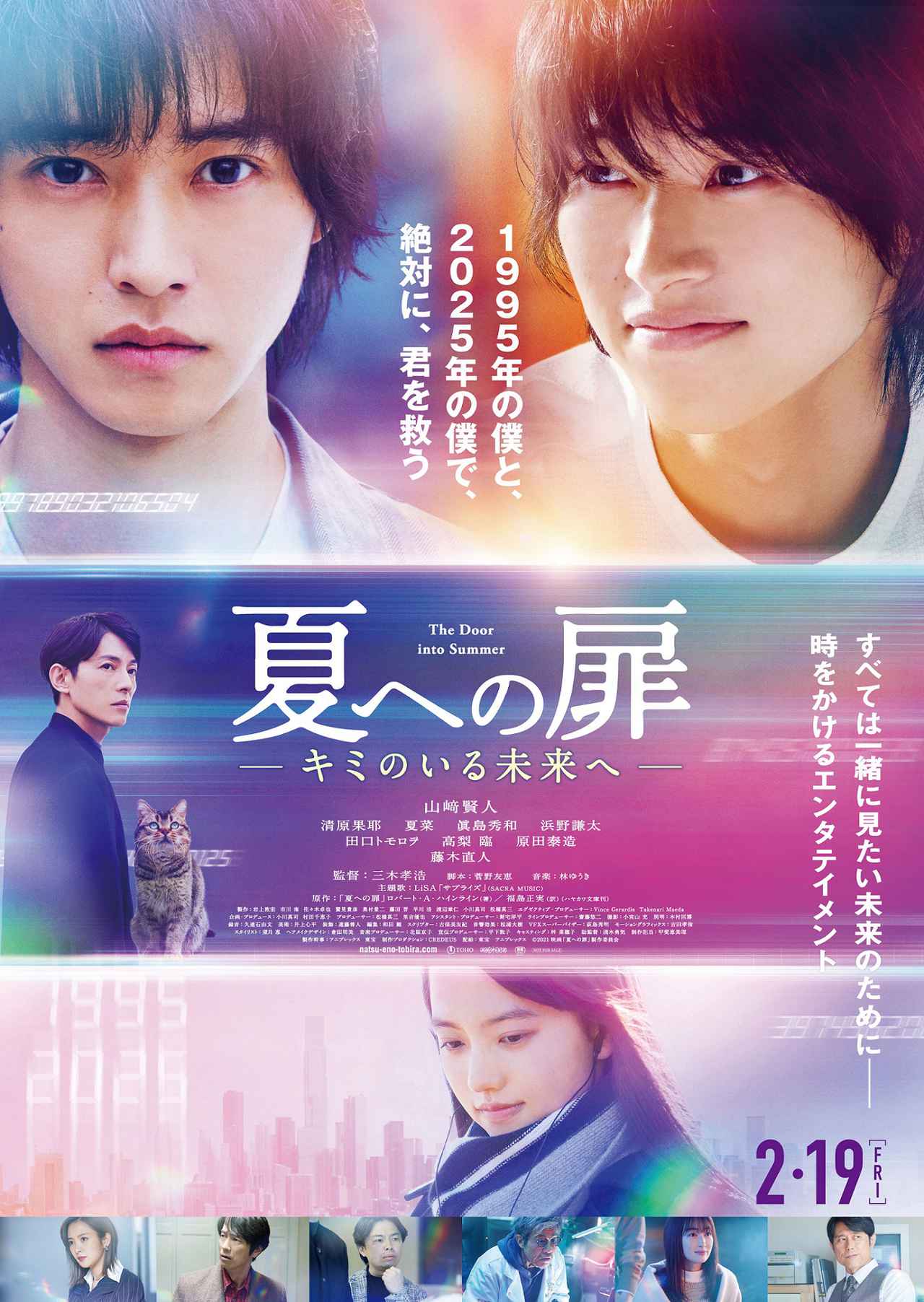 Main trailer and poster added for movie “The Door into Summer” starring Kento Yamazaki & Kaya Kiyohara. Caption on the poster teases “I will save you with myself from the year 1995 and myself from the year 2025 no matter what.” The movie’s theme song has also been announced as “Surpise” by singer-songwriter “LiSA.” Theme song “Surprise” plays in the main trailer.