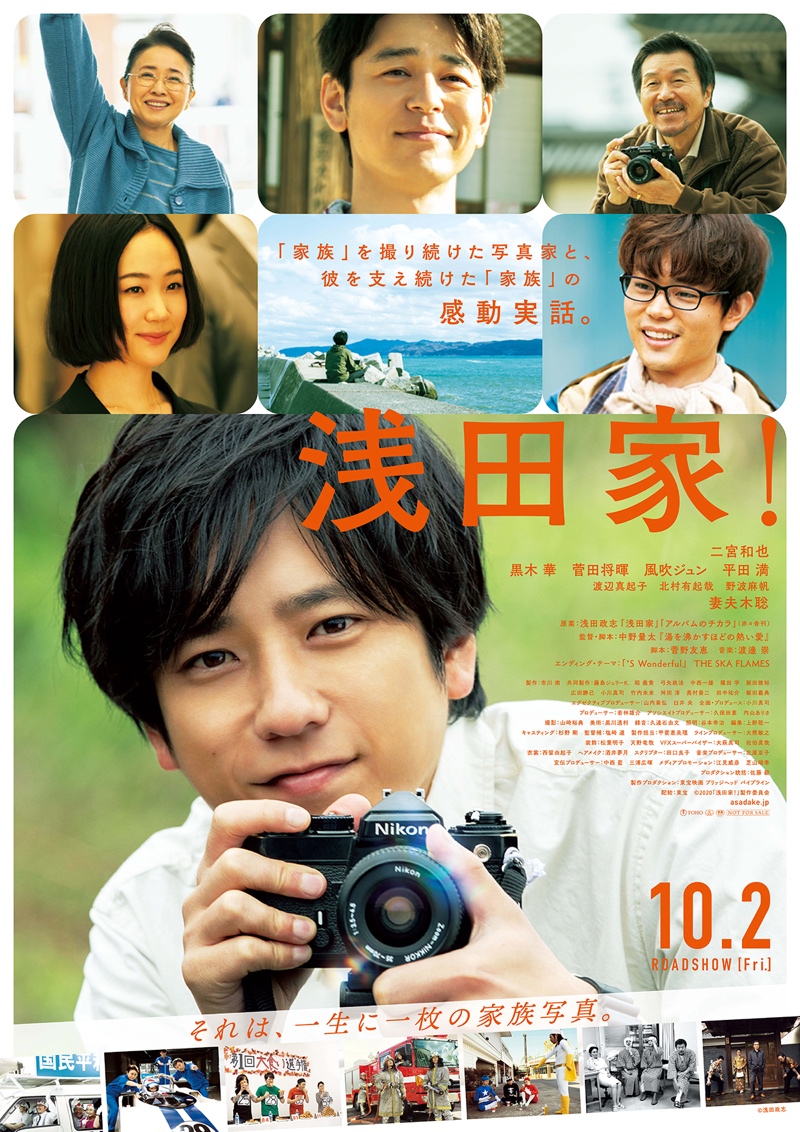 Main trailer and poster added for movie “The Asadas!” starring Kazunari Ninomiya & Satoshi Tsumabuki. In addition, supporting cast members have been announced for the film: Haru Kuroki, Masaki Suda, Jun Fubuki, and Mitsuru Hirata. The film is based on a true story and follows a young man who becomes a photographer and photographs his family.