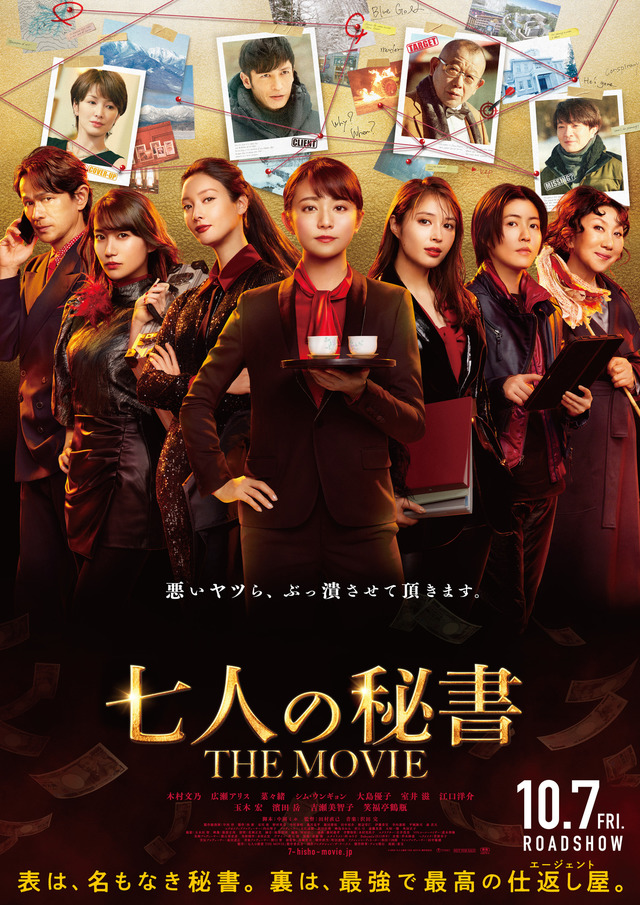 Main trailer and poster added for movie “Seven Secretaries: The Movie” starring Fumino Kimura, Alice Hirose, Nanao, Shim Eun-Kyung. The movie is a sequel to 2020 TV Asahi drama series “Seven Secretaries,” with the seven lead actors from the drama series reprising their roles in the upcoming movie. Newly announced cast members for the movie are Hiroshi Tamaki, Gaku Hamada, Michiko Kichise, and Tsurube Shofukutei. The movie will have the seven secretaries help local residents take on the powerful Tsukumo family.

“Seven Secretaries: The Movie” will be released October 7, 2022 in Japan.

Plot Synopsis by AsianWiki: The seven secretaries who consist of the “Shadow Army” enjoy peaceful days. They receive a new request from Koichi Ogata (Hiroshi Tamaki), who runs a ramen restaurant in Nagano prefecture. He is furious at land development that is carried out by Alps Raicho Group. The Alps Raicho Group and their Alps Raicho Resort are run by the Tsukumo family. That family exerts tremendous influence around the region. The Tsukumo family seem like a well mannered family, but, in reality, they are a vicious family who will do anything for their own interests.