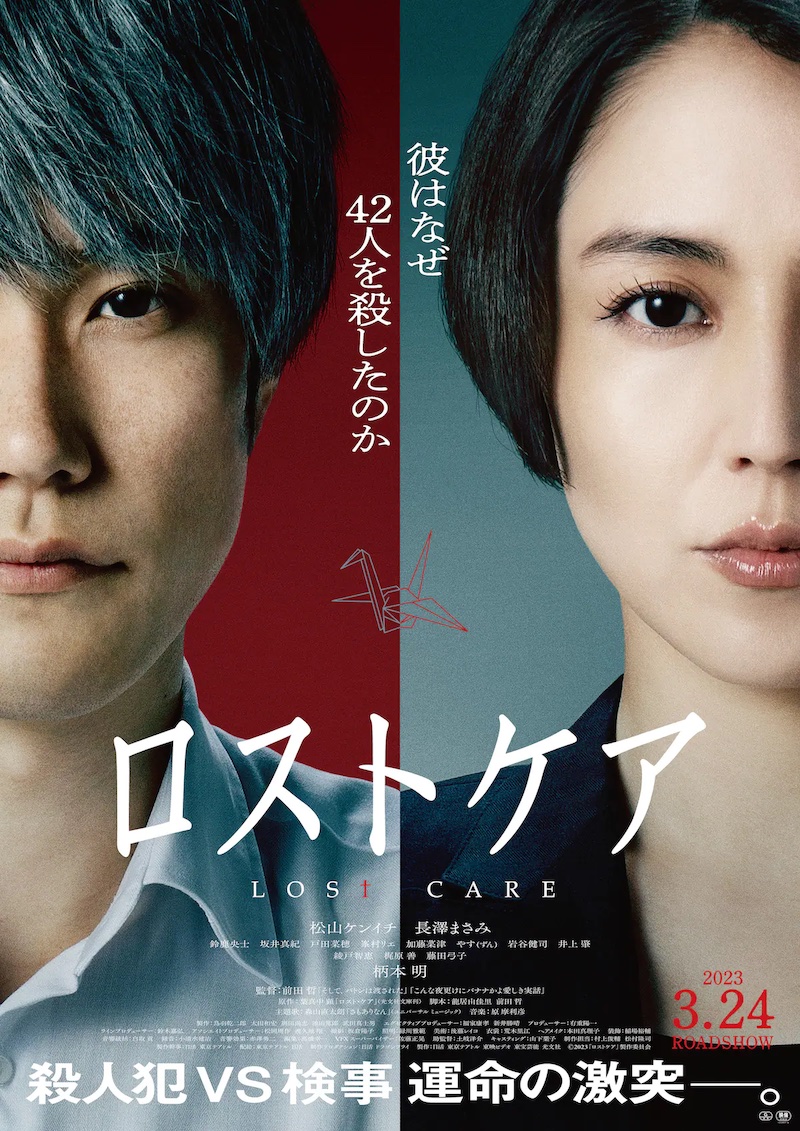 Main trailer and poster added for movie “Do Unto Others” starring Kenichi Matsuyama & Masami Nagasawa. The film, which will be released domestically in Japan as “Lost Care,” is based on 2013 novel “Lost Care” by Aki Hamanaka. The trailer begins with captions that asks “Why did he kill 42 people?” The trailer then shows Caregiver Munenori Shiba (Kenichi Matsuyama) telling Prosecutor Hidemi Otomo (Masami Nagasawa) that the death of 42 people was not murder, but salvation. Meanwhile, the movie’s theme song of “Samoarinan” by Naotaro Moriyama is also played in the main trailer.

Plot Synopsis by AsianWiki: On an early morning, two dead bodies are found at a house. One deceased person is a senior citizen and the other deceased person is their caregiver. Munenori Shiba (Kenichi Matsuyama) works for the same home health care agency that the deceased caregiver worked. Munenori Shiba is known as a kind and devoted caregiver. Yet, the police begin to target him as a suspect. While investigating the case, Prosecutor Hidemi Otomo (Masami Nagasawa) learns that the home health care agency has an unusually high mortality rate. To uncover the truth, Hidemi Otomo confronts Munenori Shiba.